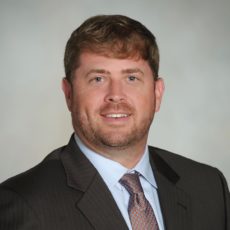 Zach New was arrested in connection with the Mississippi Department of Human Services embezzlement scheme earlier this week. New is the executive director of Oxford University School.

The largest embezzlement scheme in Mississippi history has Oxford ties.

Zach New, the executive director for Oxford University School, was among those arrested in connection with the Mississippi Department of Human Services embezzlement scheme where defendants are accused of stealing millions of dollars intended for the state’s poor.

After an eight-month investigation, special agents from the office of state auditor Shad White arrested John Davis, former Director of the Mississippi Department of Human Services, former DHS employee Latimer Smith, New and his mother Nancy New, along with Annie McGrew, accountant for Mississippi Community Education Center, and Brett DiBiase. The indictments include a range of violations involving fraud and embezzlement.

Nancy New is the owner and director of the MCEC and New Learning, Incorporated, which she founded in 1991.

Nancy New and Davis stand accused of using New’s non-profit, MCEC, to pay for DiBiase’s drug treatment using Temporary Assistance to Needy Families funds. At Davis’ direction, MCEC used TANF money received from DHS to pay for DiBiase’s opioid treatment at the Rise in Malibu facility. The documentation submitted by the News claimed this was to pay DiBiase for conducting training classes that never, in fact, took place.

The News are connected to several nonprofits and schools. MCEC, operating as Families First for Mississippi, received more than $44 million in government grants from mid-2014 to mid-2018, according to nonprofit tax filings. The Associated Press reported that amounts spiked to $12.9 million and $26.7 million in the last two years, as Davis outsourced a large portion of Mississippi’s Temporary Assistance to Needy Families spending to the group.

Last April, Oxford University School announced a partnership and its incorporation into New Learning Resource School District (NLRSD), which is based out of Jackson and is an accredited school district with the Mississippi Department of Education.

The EAGLE spoke with OUS headmaster Chris Kidd on Friday evening. Kidd said he was not able to discuss much and did not know many details, but did the school would remain open for now.

“It is going to be our collective goal to keep schools open and operational and functional in the same capacity that they’ve been and that’s kind of where we are right now,” Kidd said. “We don’t have much information ourselves.”

Auditors concluded, after the investigation, that the accused conspired to illegally obtain millions in public funds from the Temporary Assistance for Needy Families (TANF) program administered by DHS. Defendants used a variety of business entities and schemes to defraud the taxpayers, according to reports.

“I don’t care how politically connected a person may be. You do not have the right to treat taxpayer money as your own or to lie to the taxpayers about what you’re doing with that money. Others doing this kind of thing are on notice: this will not be tolerated now,” White said in a statement on Wednesday.

The News, along with the four others arrested, were released without bail, according to the Associated Press.

King sisters to host script reading of “Our Josephine”