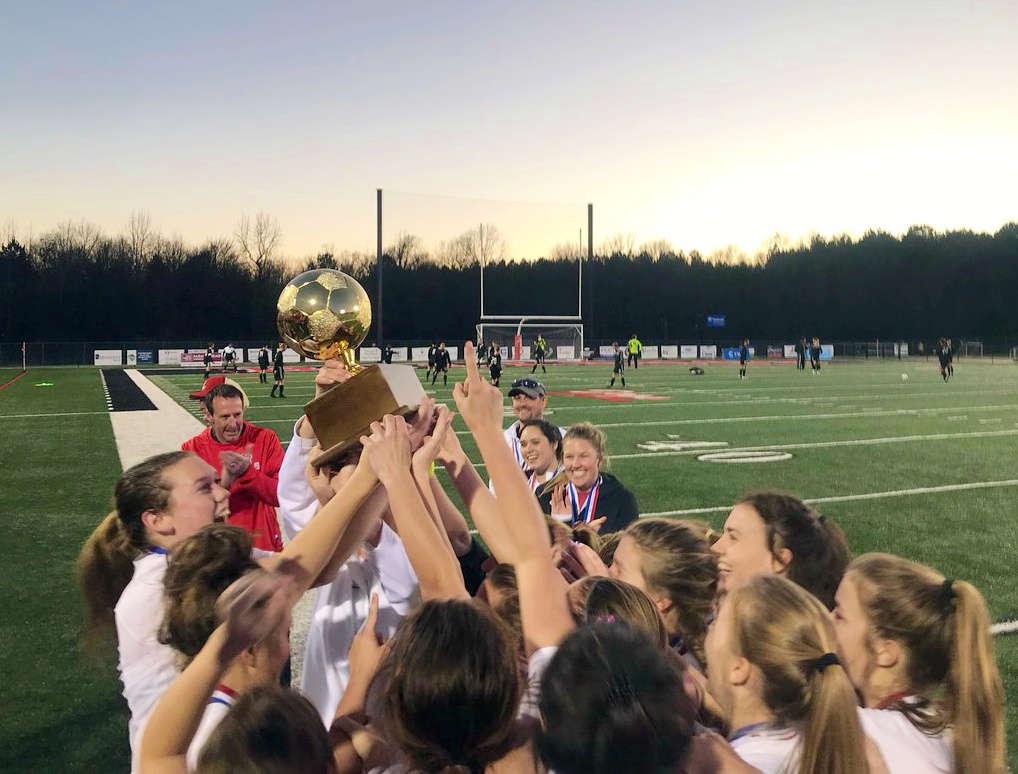 BRANDON — “The County” once again controls Class 5A girls soccer.

For the second straight year, Lafayette took home the golden ball with their dramatic 2-1 win over East Central in Saturday’s Class 5A state championship at Brandon High School. It is the third state championship for the Lady Commodores since 2015.

Following Monday’s 5A North Half title game, head coach Melinda Scruggs said her team had more character than she gave them credit for. The team had to crawl from behind to beat regional rival Saltillo in overtime in that one. The Lady Commodores’ character shined again on Saturday, this time after losing the lead midway through the first half.

“I’m so proud of the fact that, again, a team ties us and we’re still able to rise to the occasion,” Scruggs said. “They put the work in, and sometimes I feel like I’m dreaming. I probably have the best job in the world.”

Lafayette (21-4-1) controlled possession most of the first half and had plenty of scoring chances but could not break the seal off the net. In the 10th minute, freshman Julia Perkins finally found the back of the net to give Lafayette the early 1-0 advantage.

Defense was the key that kept East Central (14-3-3) in the match all afternoon, especially the play by junior defender Bayleigh Jones. The Lady Hornets were able to level the match at one-all with a goal by junior Alex Cochran in the 20th minute.

The youth of Lafayette would be called upon again, as sophomore Hudson Lindsay and other weapons for Lafayette were kept bottled up all match. In the 57th minute, seventh grader Caroline Perkins provided the winning goal with a header off an assist by junior Katelin Johnson.

“It was a good ball by ‘Spicy’ (Johnson) and I guess I was just there,” Caroline said. “It meant a lot to me. I just love this team so much. They’re all my best friends.”

Since winning their first state championship in program history with the 2015 Class 4A state title, Scruggs has continued to build a program at Lafayette that was able to get back to the mountaintop and win it all again the past two seasons.

“It’s awesome,” Scruggs said. “I spend as much time with these girls as I do my own family, and they’ve become family. Just to be able to see them have success, that’s rewarding for me.”