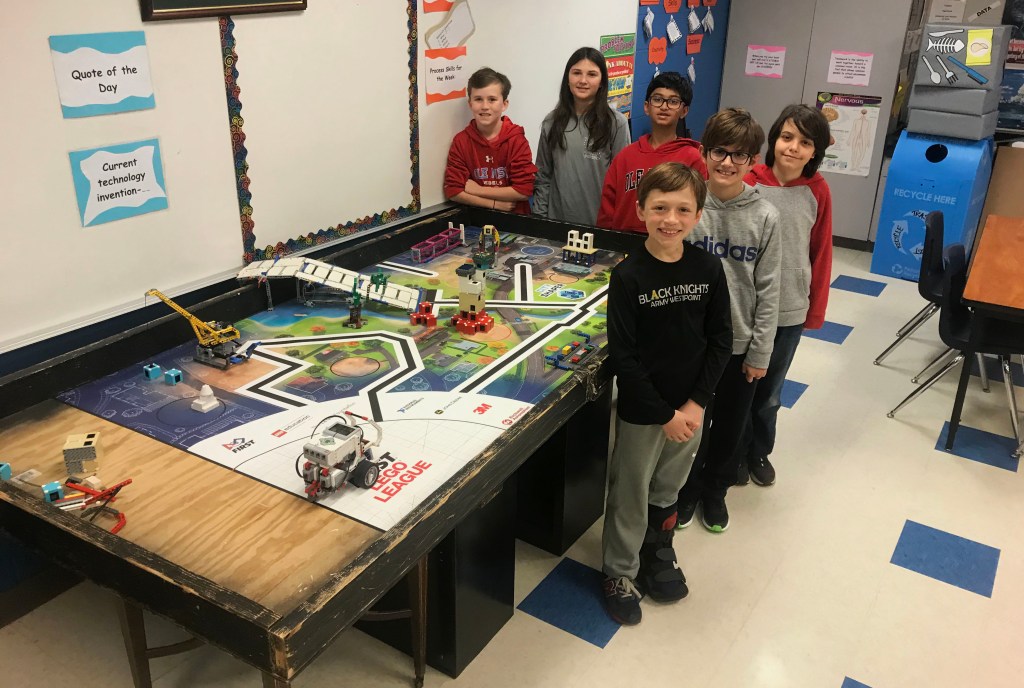 Children use Lego bricks to build some of their favorite structures from cartoons to movies and everything in between, but one group of students is using them to help make their community a better place.

Seven students at Della Davidson Elementary School are competing in the First Lego League state competition Pearl on Saturday. The team advanced from the school competition in November and won the regional competition in December to reach the state round of competition.

Each year, First Lego League comes up with a theme to their competition. This year’s theme was called “City Shapers,” and students were tasked with coming up with ways to improve their city. The fourth-grade students in Sarah Green’s class chose to tackle a unique problem in Oxford — the trash situation around the Downtown Square.

The group, which is comprised of Carson Ellis, Tatum Berry, Dev Patel, Swayze Ross, Amos Aloia, Walsh Driskell and Hayden Wally, came up with the name “Street Ratz,” and their solution was to create underground dumpsters.

“It’s a great project, because it’s real-world application,” Green said. “They learn the programming and they have to measure out rotations with the robot. So, it’s a lot of different skills.”

During their research, the students FaceTimed with Jody Kirkendall, the sanitation superintendent in Kissimmee, Fla. Kirkendall invented underground dumpsters and implemented them throughout Kissimmee.

They students also spoke with Oxford Mayor Robyn Tannehill while conducting research for their solution.

Once the students come up with the problem they want to solve, they then build different structures out of provided Lego pieces to accomplish different missions on the competition table. To successfully complete each mission, the group must use a robot. The robot can be built however the students choose to design it, but must use the nearly 1,000 pieces provided to construct it.

With the robot built, the students then program it to complete the missions for them. Programming the robot takes up to a couple months, with the students having a limited time in class to work on everything, beginning during the fall semester.

The groups are given two and-a-half minutes to complete as many missions as they can and accrue points based on which missions they do.

“The missions stand for real-world problems and how to solve them,” Patel said. “The (dumpsters) take up space in the parking lots.”

Along with the missions, the group has to perform a skit discussing the issue they chose to complete and how they solved it.

Green’s class will compete with teams from schools throughout the state for the chance to advance to the national competition.