Ole Miss storms back for dominant blowout of Mississippi State 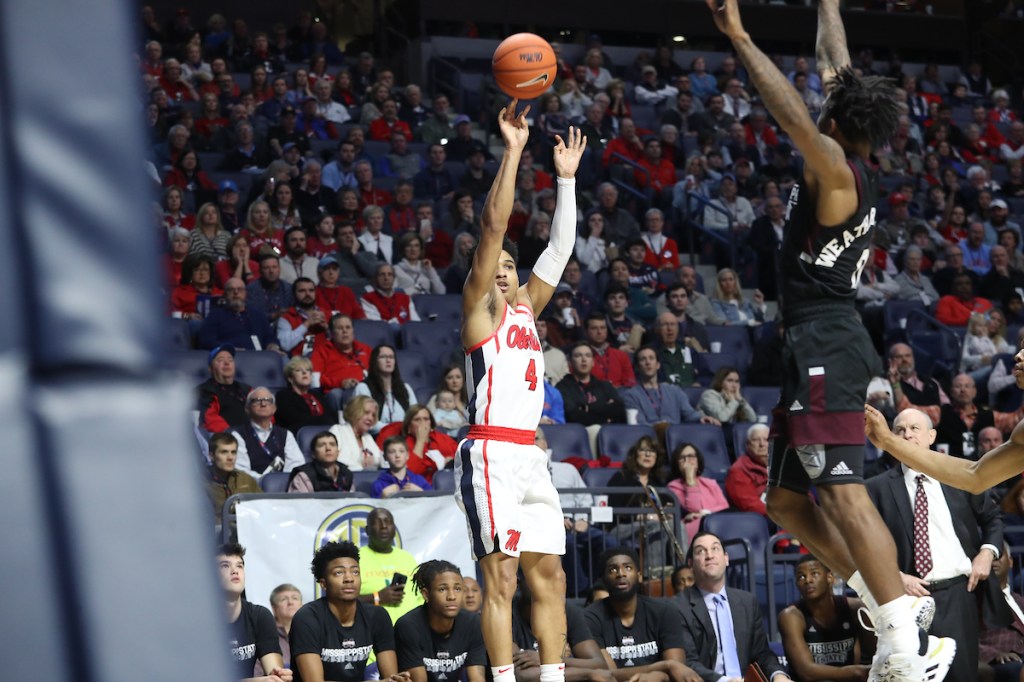 Ole Miss was rattled. They were reeling, back on their heels.

They were in foul trouble, missing bunny layups and playing with too much emotion to start a rivalry game. Then, they bounced all the way back, doing so in unbelievable fashion.

Over that stretch, Breein Tyree picked up his second foul just 2:44 into the game and Kermit Davis came dangerously close to committing a technical foul just four minutes into the game. The Rebel coach would use two timeouts in the opening five minutes of the game and three in the half.

“That’s probably what woke me up, getting those two fouls,” Tyree said. “One of those fouls, I didn’t think was on me at all. It got me mad. Some of the times when you play mad you play better, so actually that kind of helped.”

“We just kept settling. Khadim (Sy) settled, Blake (Hinson) kept settling and their guys were going to the post and getting fouled,” Davis said. “They were getting paint touches and we weren’t. Finally, we started driving the ball and playing downhill.”

Yet, while the Rebels looked emotionally unfit to be on the floor with the Bulldogs early, they settled down and crawled back. Over the final 4:20 of the first half, Ole Miss went on a 15-3 run to go to half trailing just one point, capped by a Devontae Shuler three-pointer to end the half.

Shuler, who was non-existent over the opening 18 minutes of play, came out of the half and hit the first shot of the second half, giving the Rebels their first lead since it were 12-10 early. Scoring 10 of the opening 12 points of the first half, the Rebel run, spanning two halves, ended at 25-5.

The Ole Miss zone, a mix of a 1-3-1 with a 2-3, caused Mississippi State fits all night. The Bulldogs committed 17 turnovers in the game (10 in the second half) and shot only 27 percent from the field.

“I’ve been running that zone for probably about 13 years now, and that’s the best it’s been,” Davis said. “We’ve had some big wins by doing it, but we got in foul trouble so that probably stared going more in the second half. … We got in a good rhythm and started matching up.”

As he’s been prone to do all year, Tyree caught absolute fire in the second half and could not be stopped. Tyree went off for 40 points, a new career high. It’s his fourth 30-point outing of the season. After a slow start, Tuesday night was the best game Rebel center Khadim Sy has had as a Rebel. Sy finished with 18 points and 8 rebounds.

“I don’t know if I’ve ever had a guy like that, as a guard just go get 40,” Davis said of Tyree. “He scored at every level, at the rim and setback threes. I’ve been coaching a long time and that’s probably the best I’ve ever seen it.”

With the win, Ole Miss has casually won four of their last six SEC games after dropping their first five to open conference play. Next up, they take to the road for a 1 p.m. game on Saturday at Kentucky.