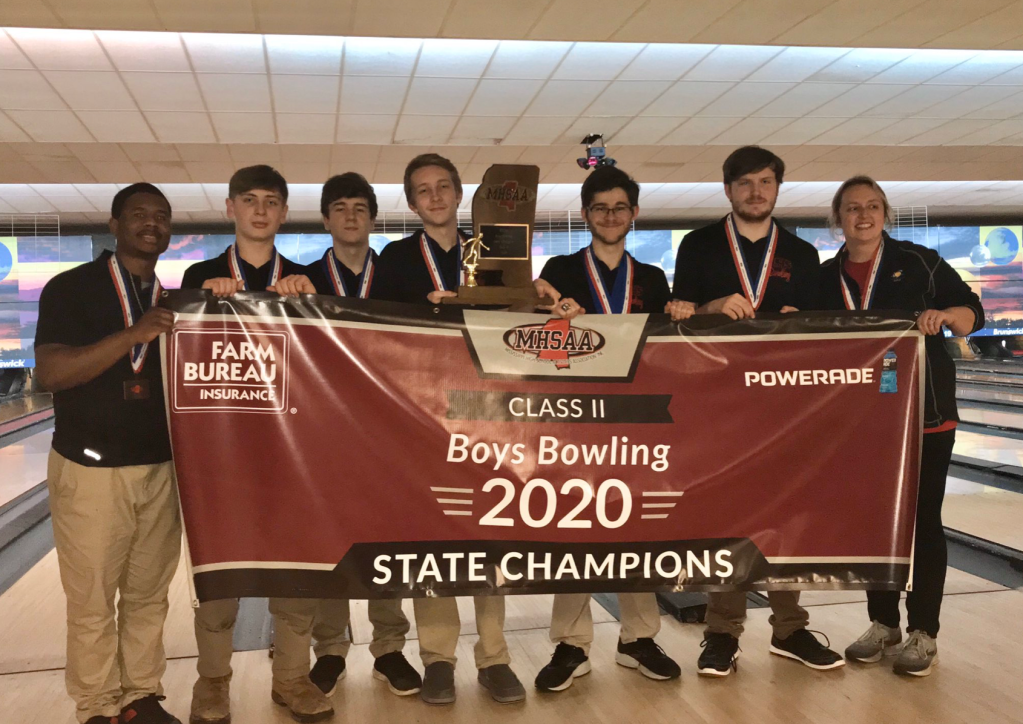 For the second time in two years, the Lafayette boys bowling team are the kings of MHSAA Class II.

Defeating Long Beach 3-2 in a Baker playoff on Wednesday in Jackson, the Commodore boys came back to win their second straight state championship.

“It was great. It was intense,” head coach Kelle Sumrall said. “These guys have been amazing. They weren’t shocked; they knew they could do it. But there was a feeling of excitement or relief. ‘We did it. We really did this.’ They were incredible.”

After finishing second to Long Beach in a field of eight schools to advance to the Baker playoff, the Commodores needed all five of the best-of-five matches to put away Long Beach.

Twice, winning the first and third sets, the Lafayette boys got on top. Twice Long Beach tied it up, leading to the winner-take-all final set.

For a Commodore team that had its ups and downs in 2020, despite all the success, being able to pull through in the end to win meant everything.

“This year wasn’t like last year. We were winning, but there wasn’t always that overall confidence,” Sumrall said. “They knew we could do it. We always felt like we had the top bowlers in the state. We lost a little bit of focus, but we bounced back and pulled it out.”

Of the six starting bowlers for Lafayette this season, three – DC Bumgardner, Nick Cohen and Matthew Atkinson – are seniors. They’ll end their careers on the highest note.