Lady Charger basketball season ends in first round of 6A playoffs 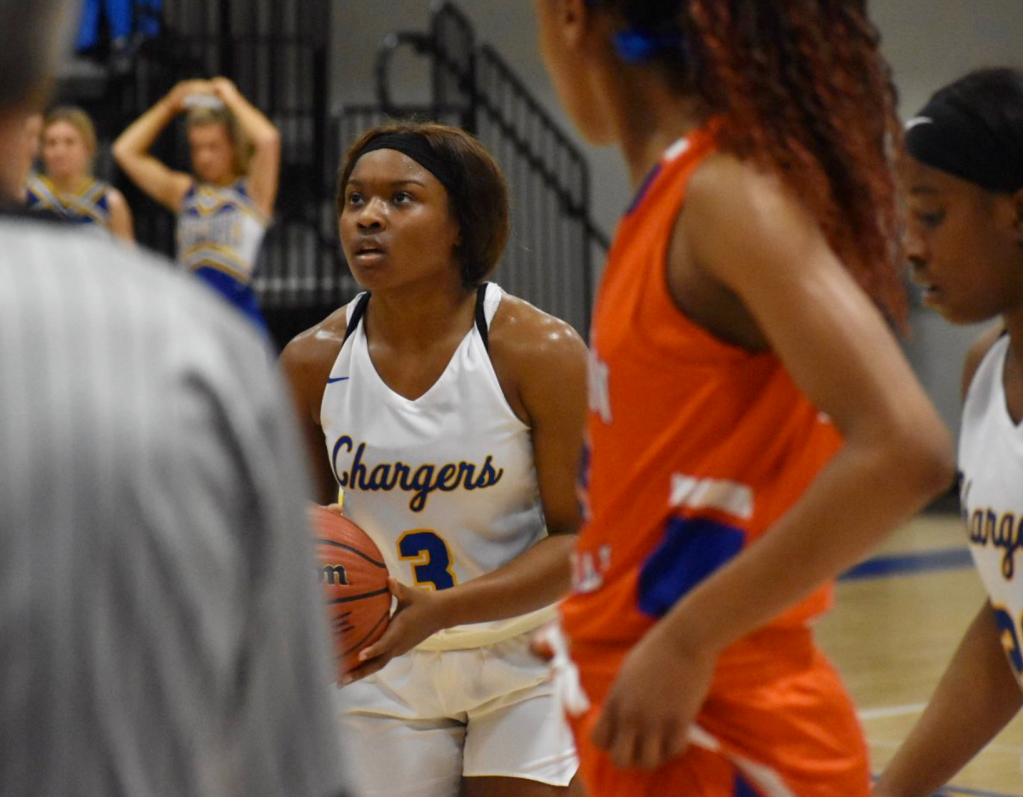 Oxford's Kemariaha White attempts free throws in the first half of the team's loss to Madison Central on Feb. 17, 2020 (photo by Nathanael Gabler)

The Oxford Lady Chargers basketball season has come to the end in their first trip to the MHSAA 6A Playoffs.

Mounting a small comeback to take the lead over Madison Central after three quarters, the Jaguars were able to hold Oxford to just 10 fourth quarter points en route to a 45-36 win over the Chargers in the opening round of the MHSAA 6A Playoffs.

“We just struggled shooting the basketball,” head coach Cliff Orman said. “But I thought we continued to fight all the way to the end. I’ll say it’s good for Oxford to be back in the playoffs, which is where we want to be. I hope we can build on this.”

Points and made free throws were hard to come by in the first half on Monday. It took some time for either team to gain offensive footing. A total of 11 combined points were scored in the first quarter, with only 17 more coming in the second quarter.

Where Oxford benefitted early was in the free throw department. The Chargers missed numerous free throws early, leaving behind several easy points on the board. In the first half alone, Oxford missed 15 of their 22 free-throw attempts, a big margin for a team that trailed just 15-13 at halftime. The end result was a Madison Central team that had four individuals with three fouls by halftime. In the second half, that foul trouble became more of a concern.

Six-foot forward Kennedy Ransom was simply dominant on both ends of the floor for the Jaguars. In the first half, the Madison Central junior single-handedly kept the team in the game on offense, scoring 14 of the team’s 15 points over the opening half of play at Oxford High School. She finished with 22 points. Defensively, she made the Lady Chargers work for every shot.

“She’s a really talented player. We don’t see that as much,” Orman said. “A lot of teams have trouble with our size. Tonight, we kind of got it thrown back at us. Offensively, we just really never slowed (Ransom) down all day. A lot of rebounds and put-backs.”

Ransom picked up her fourth foul with two minutes left in the third quarter and everything seemed to change for Oxford. No longer able to control everything happening inside the paint, the Lady Chargers went on a 6-0 run to end that quarter, taking their first lead since early in the game after three quarters at 26-23.

Falling down as many as six, a pair of outside shots brought Madison Central back, tying the game at 32 in the fourth before re-taking the lead at 34-32 with 4:41 to lay in the game. Over the final stretch of the game, the Lady Chargers got away from everything that worked for them in the third quarter. Settling more for jumpers and mid-range shots, Oxford scored only four points over the final five minutes of the game in the 45-36 loss.

“We never really regrouped after those long shots,” Orman said. “We had taken control before that big three. They just had us all down the stretch.”

With the loss, the Lady Chargers’ season comes to a close at 14-15, having advanced to the 6A playoffs for the first time in program history.