Observations from the Ole Miss series win over No. 1 Louisville 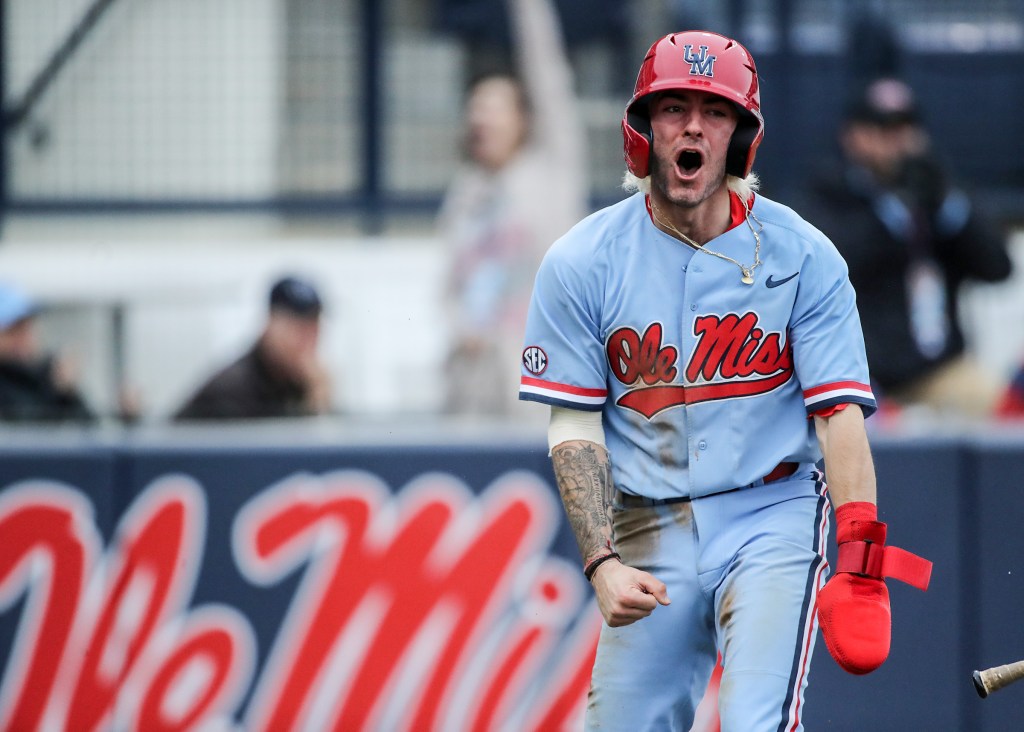 Mike Bianco could have hardly drawn up the opening weekend any better.

After dropping Friday night’s season opener, Ole Miss bounced back to knock off the nation’s No. 1 team, Louisville, on both Saturday and Sunday to steal the series. It’s the fifth straight series win in Oxford for Ole Miss against the nation’s top-ranked team.

So, what happened and how did the Rebels pull off the upset?

1. Anthony Servideo has a weekend to remember

Anthony Servideo, back at shortstop in his junior year, had a weekend to remember against the best team in the country. Servideo hit 5 for 10 on the weekend and drew three additional walks, an on-base-percentage of .643. When the Rebels needed a jolt on Sunday, it was their shortstop providing a two-run blast over the right field wall to put the first Ole Miss runs on the board.

The six-foot, 260-pound junior college transfer is aware of the Kenny Powers jokes that circulated the internet on Saturday after he almost singlehandedly beat Louisville with the long ball. He has the mullet and the facial hair, and he can hit a baseball to the moon.

Cael Baker is aware of your Kenny Powers memes pic.twitter.com/QKXSKTejVs

Cael Baker, in his first weekend wearing a Rebels uniform, hit 5 of 12 and drew a walk, but it was his Saturday as a designated hitter that will be remembered by Ole Miss fans. Baker went 4 for 4 on Saturday, hitting two home runs and recording four RBIs in Saturday’s come-from-behind win. The junior college transfer can play first base and will see considerable time moving forward as a designated hitter.

3. Derek Diamond is as advertised

Freshman right-hander Derek Diamond was one of the nation’s top pitching recruits. Returning starters had raved about him, his freshman catcher was impressed and Mike Bianco trusted him enough to start him on the weekend from day one.

No Ole Miss starter was incredible over the weekend, but Diamond had the best numbers of the three. He doesn’t have the strikeout pitches that Doug Nikhazy or Gunnar Hoglund sport, but he impressed with his command. At one point on Sunday, he retired seven straight Louisville batters. He wasn’t perfect, hanging a pair of pitches to allow back-to-back solo home runs in the sixth inning before being pulled, but it’s an impressive start for a highly-touted freshman.

Second base was an open competition heading into opening weekend between freshman Peyton Chatagnier and sophomore Justin Bench. Bench had a really nice opening series himself, starting two games in the outfield and Sunday at second, but Chatagnier had as good of a debut series as any newcomer on the team.

Chatagnier hit 3 for 9 on the weekend, drawing a walk for a .455 on base percentage. He had a handful of timely hits, including an RBI double on Saturday to kick off the Rebel scoring and looked solid defensively at second. Bianco has said that the freshman could play in the outfield as well, but for now, it seems like second base is for Peyton Chatagnier.

Ole Miss returns to Swayze Field on Tuesday and Wednesday for games against Arkansas State and Alcorn State.

Lady Charger basketball season ends in first round of…