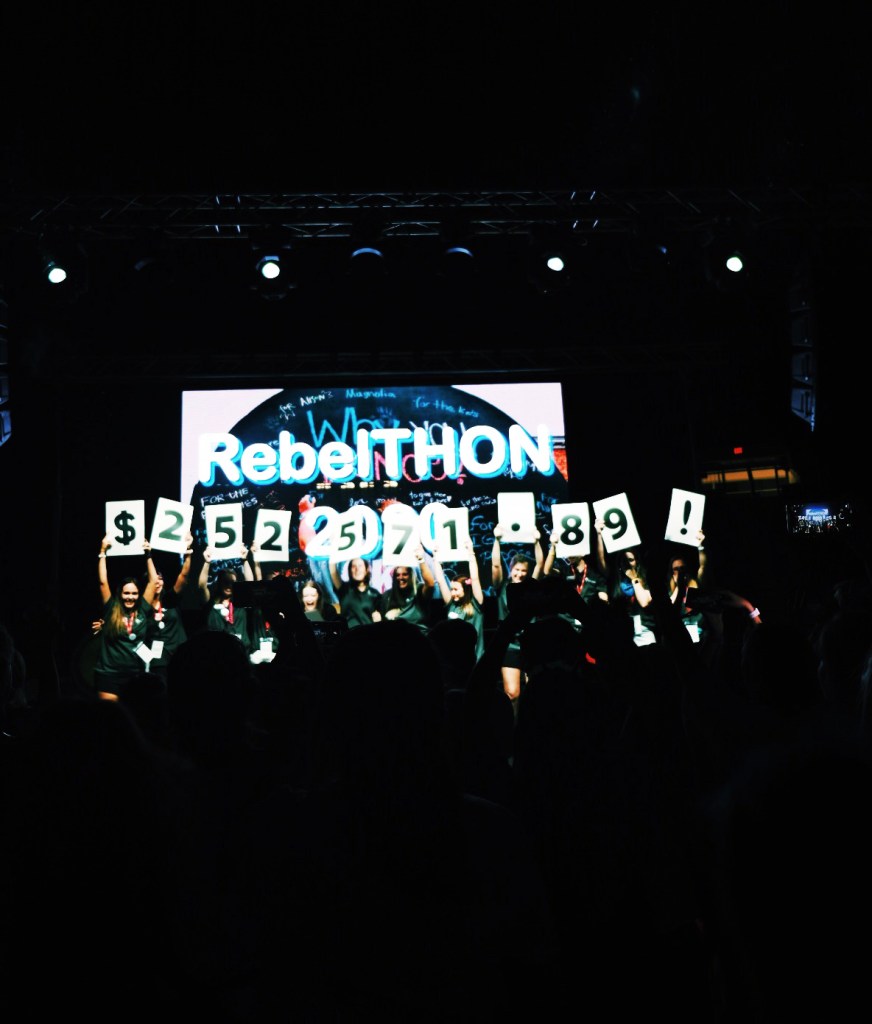 Batson patients and their families from around the state attended this year’s event, which was held at the C.M. “Tad” Smith Coliseum, to share their stories and spend time with Ole Miss students they have grown close to over the years.

Megan Bell was one of those parents who attended. Bell’s daughter, Avery, is a 9-year-old from Pearl who was born with the chromosomal condition Turner’s Syndrome in 2009, and shortly after her birth, a related congenital heart defect was detected. Avery was taken to Batson for heart surgery when she was one week old.

“We have been part of RebelTHON for several years now, and we love it,” Bell said. “For our kids, it’s almost like Christmas; they ask about it all year long.”