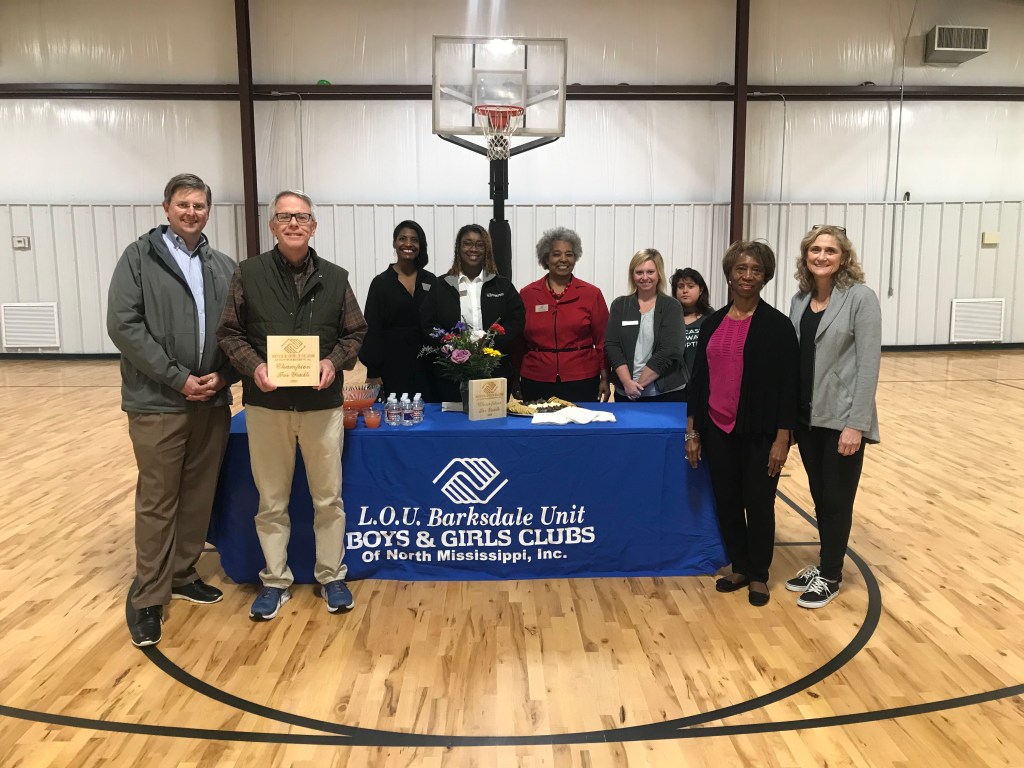 The Oxford Boys & Girls Club kicked off its annual fundraising campaign by thanking two of its biggest supporters through the years.

During a ceremony held on Tuesday, Oxford University United Methodist Church and Claiborne Barksdale were honored for their generosity toward the program and the campaign. The ceremony took place inside the gym at Oxford’s LOU Barksdale Clubhouse, located on Washington Avenue.

Russ McLellan, church administrator for OUUMC, was present to accept the honor on the church’s behalf.

“They have been on board from the beginning,” said Evie Storey, marketing director for Boys & Girls Club of North Mississippi. “When we came up with this concept, the church and (Barksdale) have been on board with that since day one and continue that support each year.”

The Oxford chapter had a goal of $25,000 for last year’s campaign, and ended up raising $29,000. This year’s goal is set at $40,000, and the campaign runs through March. The goal for Boys and Girls Club of North Mississippi was set at $250,000. Along with Oxford, there are clubhouses in Tupelo, New Albany and Ripley that make up the North Mississippi contingent.

“We’re making a big difference here,” Dr. Judith Thompson said. “We serve over a 150 a day. That is saying a lot. I just cannot say enough about how excited I am about this annual campaign, and I know we’re going to do well. We all are committed, so thank you.”

Pedestrian hit by vehicle on Highway 334 succumbs to…