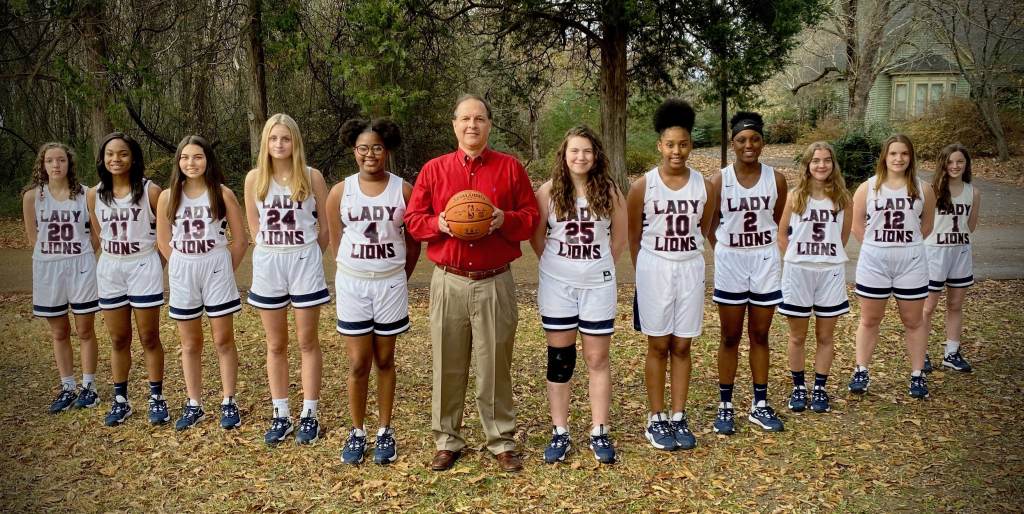 The Regents School of Oxford’s girls basketball team is heading to their first-ever state semifinals game.

On Wednesday night, the Lady Lions knocked off Tensas Academy with a 51-47 win to advance to the MAIA North-Half final.

Playing one of the larger teams in the entire tournament, Tensas had four girls near six feet tall or taller, Regents came out a little timid. Tensas built up an early 8-0 lead before head coach Hunter Seabrook settled them with a timeout.

“I called a timeout. All I said was, ‘Alright, we just played state-tournament nervous. Let’s go out and play state-tournament fun,'” Seabrook said. “And they just looked like they relaxed.”

Slowly crawling back into the game, Regents tied the game for the first time at 16, leading to a back-and-forth game from there on out.

Trailing by as many as four in the fourth quarter, a few key drives and free throws down the stretch allowed the Lady Lions to yet again crawl back from behind, eventually knocking off Tensas Academy with. final score of 51-47.

“We basically just used our guard speed to outset their size,” Seabrook said. “Our first offense was just taking our two guards to the basket, and we were outleting fast.”

Those guards for the Lady Lions are young – the entire Regents team is. There are no seniors on the team and just two juniors. Their leading scorer, who put up 31 points in Wednesday’s quarterfinal win, is a freshman: Mariah Reed-Jones.

In the end, the Regents girls will be playing again on Friday afternoon at Delta Academy, this time with a trip to the MAIS Finals on the line.