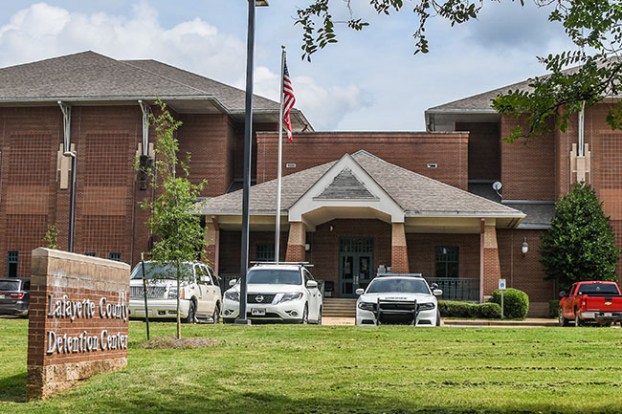 The Lafayette County Sheriff’s Department will soon have a new home as part of a two-phase renovation project.

During Monday’s Lafayette County Board of Supervisors Meeting, a request was approved for the sheriff’s department to relocate to the old Justice Court building, located at 713 Jackson Ave. East. The move is part of phase one of a project to renovate the Justice Court Building and the former Department of Human Services building, which is located at 1301 Monroe Ave. Both the DHS and Justice Court moved into the new Lafayette County Business Center off of F.D. “Buddy” East Parkway South last year.

Architect Tom Howorth presented the Board with the proposed plans for the project and an updated cost estimate, which was approximately $1.4 million to complete. The DHS building’s renovations would cost roughly $348,000, and the renovations to the Justice Court Building would total around $1.178 million.

Howorth put the total cost of the project, including a 10 percent contingency and budget for new furniture if needed, at $1.8 million, but said it would more likely be closer to the $1.6 to $1.7 million range.

The need for the sheriff’s department to leave the Lafayette County Detention Center is due to growth in the department and the lack of space to accommodate them and jail staff.

“My biggest recommendation is we include two phases to this construction project, so that we can let the sheriff’s department go ahead and occupy the Justice Court building,” Howorth told the Board. “They’re on top of each other (at the detention center) and there’s another 4,000 square-feet roughly in that building that they could occupy.”

District 4 supervisor Chad McLarty wanted to see a breakdown of the project to review the line items. He approved the project to be broken into two phases and for the sheriff’s department to move to the Justice Court building, but was not satisfied with where the current estimated cost of the project stood.

“I do have some problems with the actual total cost of this magnitude,” McLarty said. “I definitely want to discuss this a little more.”

Before the Board can approve to advertise for bids on the project, Howorth said they are awaiting approval of the plans for the DHS building from the Department of Archives and History. The building was built in the 1930s, and since it is more than 50 years old, the MDAH must approve any renovation plans and issue a permit.

An amendment to include electronic smoking devices and materials to the City of Oxford’s smoking ban ordinance will take effect... read more