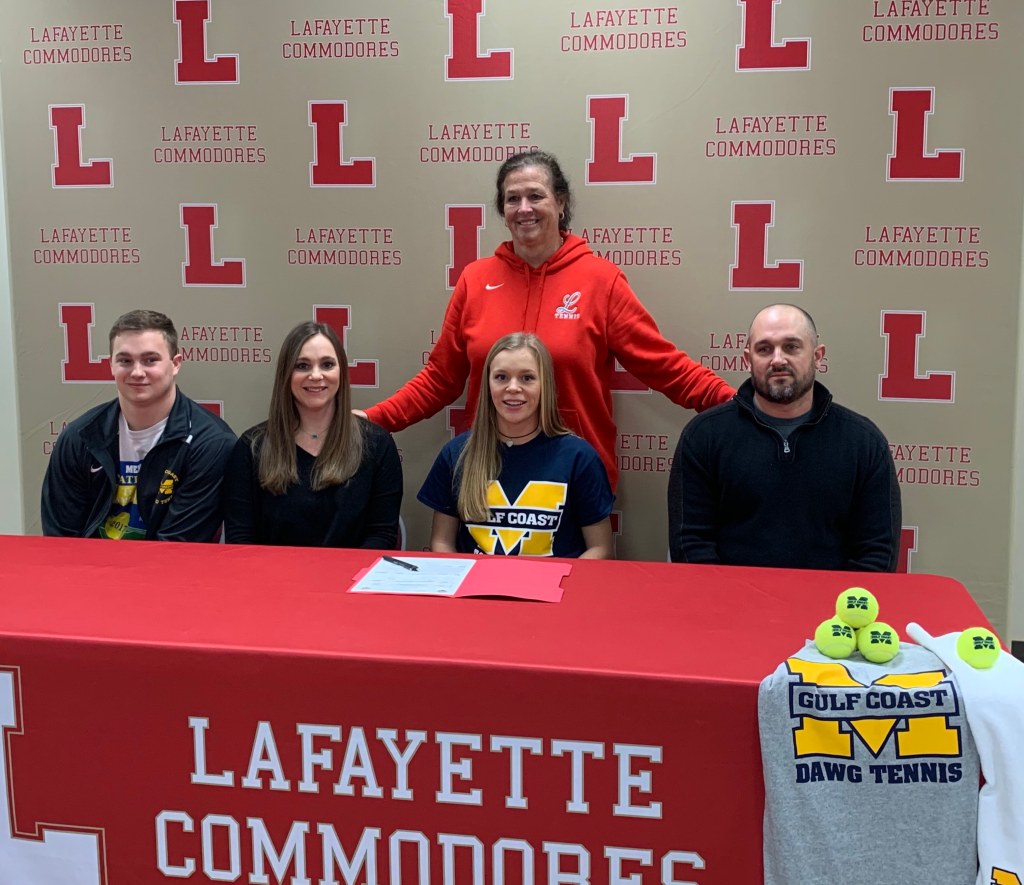 Since the eighth grade, Lafayette’s Ally Bowen has accumulated a record on the tennis court of 68-6.

“It’s almost refreshing just to sign it. I’ve been ready to do this for a while now,” Bowen said. “My older brother played there, and he absolutely loved it. Their coaching staff is great, and I really think they can keep developing me for college after. I’m really excited to get down there.”

An MHSAA individual singles champion and three-time runner up, Bowen still has one more season with the Commodores that will get underway this weekend.

She enters her final season of play as the State’s top-rated player at 18 years of age or under. Yet for her Lafayette head coach, it’s the way she works at her craft that she’ll be remembered for.

“This is my 10th year at Lafayette. I’ve never had a player work so hard and spend so much time on the court as Ally,” Lafayette coach Debbie Swindoll said. “She’s a great example to our high school players of what can be accomplished through hard work. Every year she’s been a little better and a little stronger, both mentally and physically. She’s got a strong chance to keep playing past the junior college level as well.”

She’s still working at that. Over the summer, despite her prior successes, Bowen was changing the way she swings the racket, adding a little more topspin during a summer where she says she pushed herself as hard as any one prior. The Commodores one their 2020 slate on Saturday against Heritage Academy.