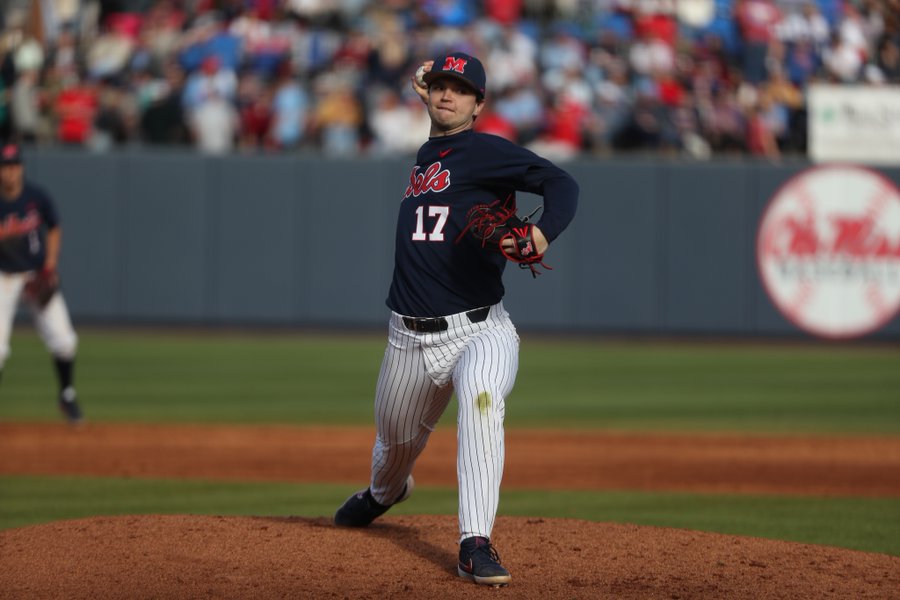 Backing up Doug Nikhazy and Co.’s no-hit outing a day prior, Gunnar Hoglund was electric on the mound on Saturday. Hoglund’s fastball showed life and the recently-added slider wiped out Xavier hitters all afternoon.

“I was just jazzed up. About inning three on, I was able to really use that (slider). It worked really well for me today,” Hoglund said. “Then I’m spinning (the fastball better). That’s played a big part as well.”

Throwing just 88 pitches through six full innings — all Rebel pitchers are on a strict pitch count early in the season —  Hoglund struck out a career-high 12 batters on Saturday. In doing so, he shattered his prior career high of eight, done twice in 2019 against Kentucky and Alabama. It took Hoglund ten starts during his freshman campaign to reach six full innings and his fifth start to receive a win. This year he did both in outing number two, and seemingly could’ve easily gone longer without the pitch count.

The opening three and a half innings of play flew by at Swayze on a rare sunny afternoon before Cael Baker did what Cael Baker has done on ever Saturday in his short-lived Rebel career. With two outs and Tyler Keenan on first base, Baker drove a ball over the fence in left center field. Baker’s third homer of the year gave the Rebels an early 2-0 lead.

“Baker hits another huge home run, and that’s why he’s here. He’s here to give us a threat in the middle of the lineup from the right side,” said head coach Mike Bianco. “And Dunhurst has another good day, another single and the big home run.”

A similar story was told in the fifth inning. After a walked batter on first and with two outs, Hayden Dunhurst took a high fastball deep over the bullpen in right field into the student section. Dunhurst’s second home run in as many days put the Rebels up 4-0. It’s been a valuable bounce-back weekend for Dunhurst. Coming into the weekend 0 for 12 from the plate, Dunhurst had a single and a home run on Friday before doing the exact same on Saturday.

Justin Bench, pinch hitting for Jerrion Ealy in the eighth, provided the icing on the cake. With the bases loaded and just one out, Bench drove a ball hard between second and short, scoring two on the double. One batter later, Anthony Servideo took a ball to straightaway center. His third homer of the year, tying his career high only six games into the season, put Ole Miss up 9-0.

Austin Miller, in relief for Hoglund in the seventh, had a day of swing and misses of his own. Facing six batters over two innings, Miller struck out five. Cole Baker picked up the save with a one-two-three ninth.

“You can’t be any more dominant than that,” Bianco said of Austin Miller. “And really it was a low pitch count for five strikeouts. (Miller) was super dominant.”

The 18 total team strikeouts was the most since 2017. It’s the first time since 2017 that the Rebels have opened a weekend series with back-to-back shutouts.

With the win, the No. 17 Rebels advance to 5-1 on the season. Next up, the final game of the three game series with the Musketeers. Ole Miss and Xavier return to Oxford-University Stadium Sunday for a noon matchup.