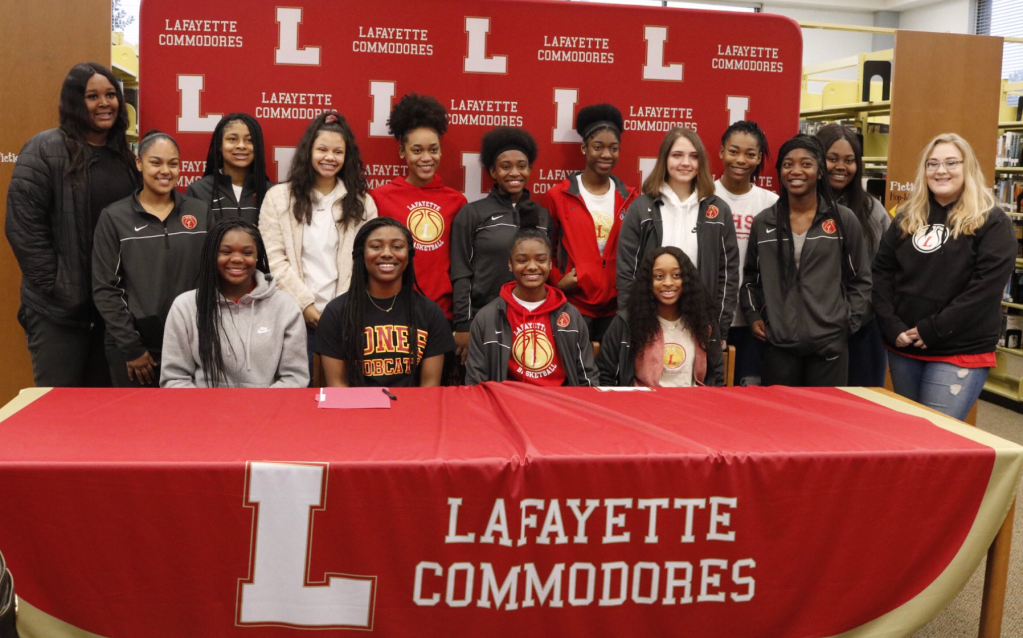 Azariah Buford and teammates at her Jones College signing (via. Lafayette Athletics)

The Lady Commodores power duo are teaming up yet again.

“When I first went, everyone was just so welcoming, the coaches and the players,” Buford said. “Plus going there, knowing I have a teammate going, that kind of boosts that up.”

Buford said that she intentionally didn’t tell Dixon of her decision until Wednesday morning, just as a fun way to jab at her teammate of four years and another two coming up.

In her time as a Commodore, the Lafayette coaches have asked Buford to do several different things. This season, without a traditional center, the senior stepped into more of a post role, something to which she hasn’t totally been accustomed. Despite the change, she’s averaging 13.7 points and 6.3 rebounds per game. In her five-year Lafayette career, she’s accumulated 1,435 points, 638 rebounds, 428 assists and 501 blocks.

“Those two push each other and they’ll continue to push each other. It’s exciting for me as a coach. … Azaria’s really always been a student of the game. She knows where everyone is supposed to be at every play, and a lot of kids don’t do that. That helps her when she’s playing all these different positions. She guards a post for us and she can run point guard.”

This season is yet to be over for the Lady Commodores. They take on Columbus in the semifinals of the MHSAA 5A State Playoffs on Saturday.

Oxford baseball proves they can play with anyone in…