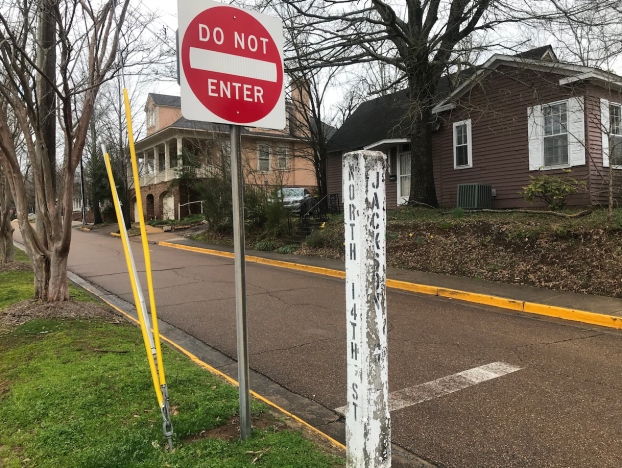 During their work session on Monday, the Board of Aldermen discussed installing additional concrete street signs and replacing the ones that are still located around the city. The issue was brought up due to several residents voicing concerns over too much signage in certain areas, according to Mayor Robyn Tannehill.

“We’ve gotten an email from a citizen before, showing a corner where there’s a concrete marker, a street sign, a stop sign, a kids at play (sign) attached to the stop sign, and they would like them to come down,” Tannehill said. “However, we think it really defines our downtown area. So, a couple things to know, even if you have a concrete marker, we still have to have the street sign. You can’t take down the green street sign.”

According to Bart Robinson, Oxford’s chief operating officer, the City began eliminating the concrete markers as they were ran over or broken roughly 20 years ago. Then, a few years ago, the City began getting a lot of emails about sign clutter and issues with multiple street signs at intersections.

Portions of the Downtown Area featured most of the signage clutter at street intersections where the street was identified by the traditional street sign, the concrete marker, a green PVC pipe and even on the sidewalk.

Robinson said they looked at what other cities were doing in regard to the utilization of concrete markers and presented a couple options to the Board on Monday. Some of the markers had embedded letters, which would require little maintenance but were not cost effective, according to Robinson.

The inset markers are estimated to cost roughly $700-725 each.

“Now, again, it’s a cost you never have again,” Robinson said. “You’re not painting it every three to five years.”

The concrete markers that look like the ones the City already has installed would cost around $105 to replace.

The Board did not take any action, but Ward I Alderman Rick Addy recommended to consider replacing the markers this year and then discussing the option to upgrade or modify the markers during the next budget year.

Robinson said anything done regarding the markers would not happen until next year, as there was nothing currently budgeted for a project such as the markers.

Next week all of Mississippi will go dark, artistically speaking. Arts organizations across the state are joining with the Mississippi... read more