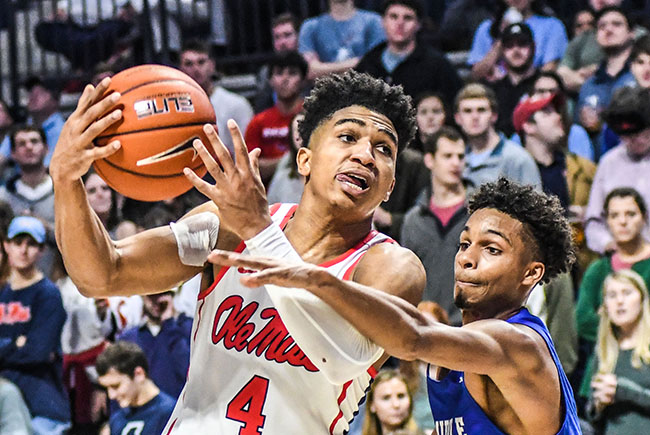 The Southeastern Conference’s leading scorer is getting a second crack at the Howell Trophy.

An All-SEC first teamer a season ago as a junior, Tyree has turned things up again during his senior campaign. A New Jersey native, Tyree ranks No. 27 in the nation at 20.1 points per game, and is averaging an SEC-high 23.2 points per game during conference play.

In 29 games thus far in the season, Tyree has topped the 20-point threshold in 15 games. Four times, he’s gone north of 30 points, including a career high 40 against Mississippi State on Feb. 11. He currently ranks seventh in Ole Miss history in scoring (1,749 points) and sixth in made three pointers (201).

The award will be presented to one of the three finalists on March 9 during a luncheon at the Mississippi Sports Hall of Fame. The winner is selected by a panel of media from across the state, accounting for 90-percent of the vote, and fan voting for the final 10-percent. Sebastian Saiz is the most recent Ole Miss winner of the award, taking home the top honor in 2017.