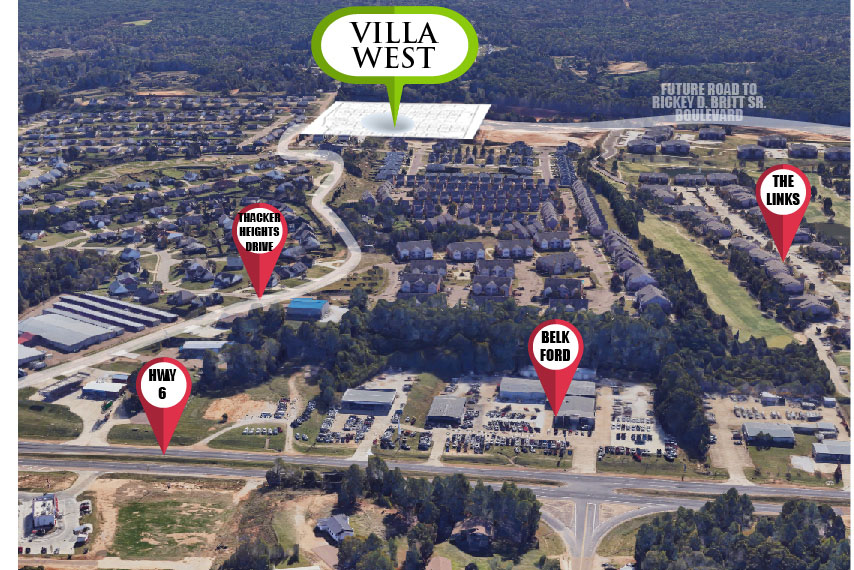 The Villa West affordable housing development was approved by the Oxford Board of Aldermen on Tuesday, March 3, 2020. (Photo contributed by J.W. McCurdy)

Oxford residents will soon have a third option when to comes to affordable housing.

The Board of Aldermen approved affordable housing incentives for the new Villa West development during their meeting Tuesday night. The development will be located off of Thacker Heights Drive and is being designed by J.W. McCurdy. Villa West is comprised of phases one and two of the Seminole Bluff Subdivision, which will have three phases. The incentives include having building permits, tree mitigations, water and sewer permit fees waived at the estimated value of about $171,000.

All of the planned 57 units will include three bedrooms and two bathrooms, ranging from 1,300 to 1,400 square feet.

During the Board’s regular meeting on Tuesday, they approved a request from McCurdy to consider granting the development affordable housing incentives.

“Mayor Tannehill and the Board of Aldermen are the ones who have made it possible to develop affordable housing in Oxford,” McCurdy said. “I’m just using the tools they created, but there is a huge demand for more than just student housing and second homes. I’ve lived here my whole life, and I’m glad the City is working so hard to serve all income segments.”

This will mark the third affordable housing development in Oxford. Belle Rivers, located off Slack Road, and Eastover, located south of Oxford High School on F.D. “Buddy” East Parkway North, were developed by Stewart Rutledge and has already seen one development reach 100 percent occupancy since opening in September.

Rutledge worked as a consultant in negotiating with the City on McCurdy’s behalf.

“J.W. went over and above federal affordability standards, and the Villa West formula yet again shows this City government’s commitment to action over words,” Rutledge said. “There is no perfect solution to housing needs, but these dollars-and-cents efforts by the City and developers like J.W. are having a serious impact. I’ll take that over a letter to the editor or a snarky tweet any day.”

One of the restrictions placed on Villa West include limiting the homes from offering leases shorter than six month terms. Also in the restrictions is a buyout provision for any unit at Villa West, which states it shall be equal to 2.5 times the pro rata (per dwelling) value of the incentives granted.

There is the option for the homes to be bought out if someone so chooses, which would eliminate the potential for them to be affordable homes. The City will receive money back if that occurs. If the buyout provision is enacted, it lifts all affordable housing restrictions from the property.

With the approved agreement, McCurdy must keep the units within the affordable housing metric for 15 years, unless the buyout provision is used. The home would be priced below the U.S. Department of Housing and Urban Development’s suggested price for for-sale, which is currently $178,062. The rates would only go up 2 percent each year.

If all 57 units were bought out, then the City of Oxford would receive $427,500, which would go to an Affordable Housing Trust, according to Tannehill.

Several of the aldermen had concerns over the arrangement, including alderman Janice Antonow, who stated the homes are “not really affordable housing,” but the request was unanimously approved.