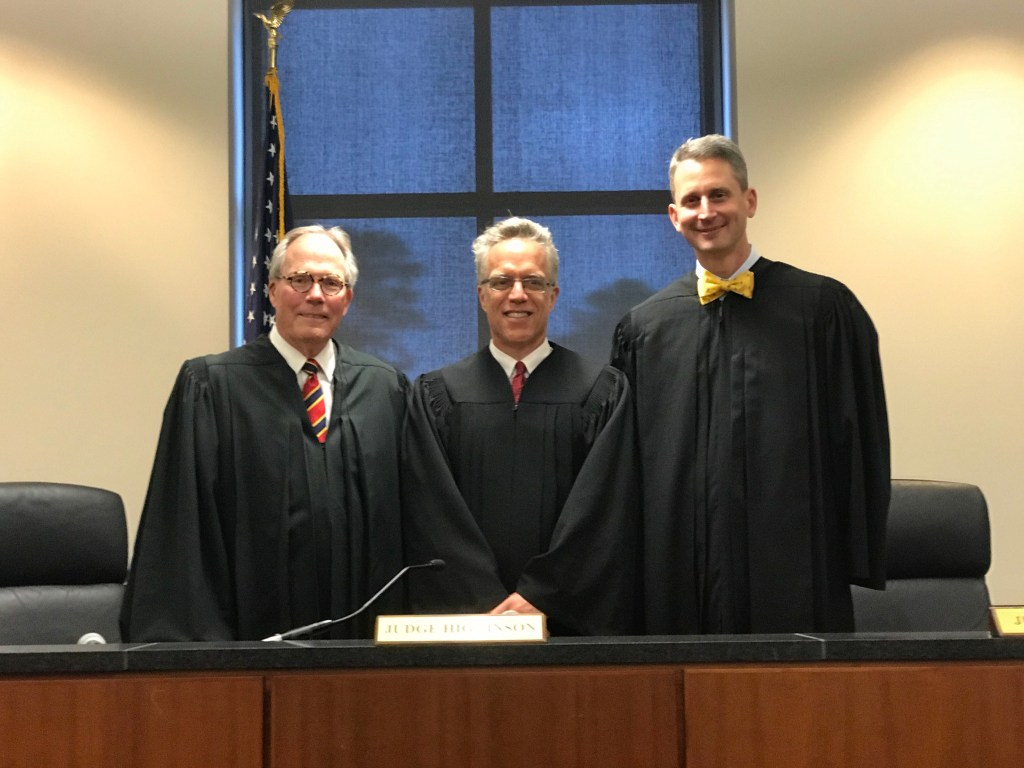 The Court of Appeals has visited Ole Miss to hear cases every three years since 1984. Most of the cases are heard in New Orleans, but every so often, the court will convene in other cities located in its district comprised of Mississippi, Louisiana and Tennessee.

During the court’s four-day stay in Oxford, 13 cases were presented to a three-judge panel. The judges selected were Rhesa H. Barksdale, Stephen A. Higginson and Stuart Kyle Duncan. According to Duncan, the selection of which judges will hear the docket is randomly selected. The panel of judges for the Fifth Circuit Court of Appeals generally hears challenges to district court decisions.

For Barksdale, an Ole Miss law school graduate, this is his 30th year serving on the court. However, he remembers being on the other side of the bench, presenting arguments such as the ones he presided over this week.

The docket was very “diverse” this week, according to Higginson, who said he felt it provided a wealth of experience for students to see all types of appellate cases that they may come across themselves as lawyers or even judges.

Cases heard ranged from energy topics to waste management and even an aquarium company out of Houston, Texas.

“One of the wonderful things about the fifth circuit is it gets such an immense variety of cases,” Higginson said. “I think a real positive this week is that the docket has been quite diverse. Often our court gets a substantial number of federal criminal cases and those tend to be guidelines. We have heard one or two of those, but we haven’t had the load we usually do, so it’s actually been a really wonderful docket for the students.”

During their week at Ole Miss, the judges spent time visiting classrooms, held Q&A sessions and attended luncheons with students.

“It’s very interactive or very hands-on,” Barksdale said. “It’s not just that we’re hearing cases. … It’s been a delightful week and different from what we’re used to, honestly.”

The court convened in the Moot Courtroom on the second floor of the Robert C. Khayat Law Center at 9 a.m. from Monday through Thursday. There were four cases heard on Monday and Wednesday, three cases on Tuesday and two heard on Thursday.

Chamber of Commerce now accepting Citizen of the Year…