OFF THE BEAT: Oxford Police Department creates podcast for officers 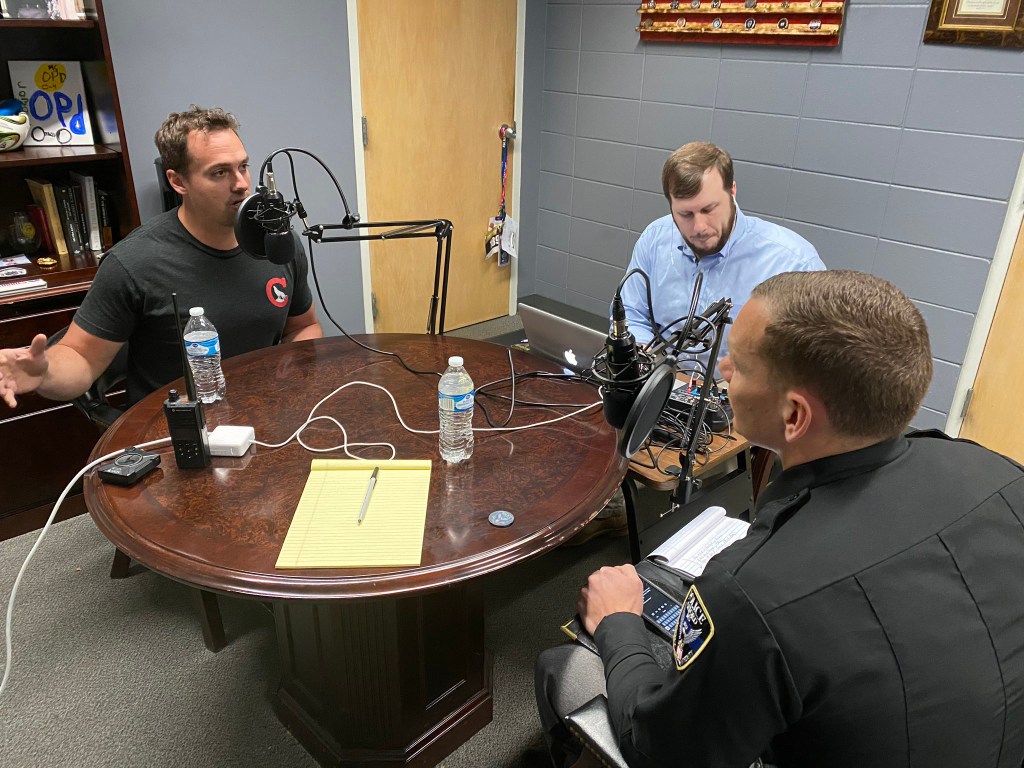 The Oxford Police Department has gotten into the podcast game.

Not created for public consumption – yet – the podcast, titled “Off the Beat,” is meant solely for OPD officers to listen to in their downtime and hopefully gain sage advice on how to better their lives when the uniform gets put away in the closet for the last time.

Creating the podcast has been in the works for several months, and was the brainchild of Breck Jones. Jones, who worked as a dispatcher at OPD, was recently moved into more of a multimedia and information technology role. Police Chief Jeff McCutchen wanted to find better ways to convey the department’s message to their officers.

However, scheduling training sessions to provide those messages is tough for a police department that works in a city with a major university.

“You know from August to Thanksgiving, you’re booked,” McCutchen said. “We’ve got stuff going on and there’s no stopping. So, we have to be very strategic in how we schedule training, but we also understand during the summer and Christmas we’ve got to get all that in, and we wear our staff out. We wanted to get this knowledge out there, but wanted to do it in a way that’s cost-effective to the City and it wouldn’t tax (the officers) on their day off.”

With those parameters in mind, Jones mentioned to McCutchen the idea of doing an internal podcast. Jones has managed podcasts in the past, and had the equipment to make it work and was tasked with creating a name and the podcast’s main objectives.

From there, “Off the Beat” was born.

The name stems from McCutchen’s idea of wanting the podcast to be about non-cop material and issues that officers are faced when they are off the beat and dealing with civilian life.

With the department’s annual physical training test coming up in April, McCutchen wanted the first topic to be about physical fitness and how to eat better when working on night shifts in order to be properly, and safely, prepared to take the exam. Hunter Owen, owner of Coyote Cross Fit in Madison, was the first guest, and touched on subjects such as nutrition, fitness and overall wellness.

Each month, the podcast will touch on different topics. McCutchen said the upcoming topics include leadership and finance. The hope is to get guests from across the country, and not just from Oxford, Mississippi or the South. McCutchen said he has also used some of his connections to put “coast-to-coast feelers” out to potential guests on future podcasts.

The first episode was intended to be around eight minutes, but once McCutchen put down the headset and hit stop, roughly 18 minutes had passed. The length of each show will not go past an hour, and will be determined based on that month’s topic.

Once Jones records the episodes, he will then send the podcast out to the department’s staff internally when it is scheduled. The podcast is free and does not cost the department any money or time, as the guests are volunteering to appear in each episode.