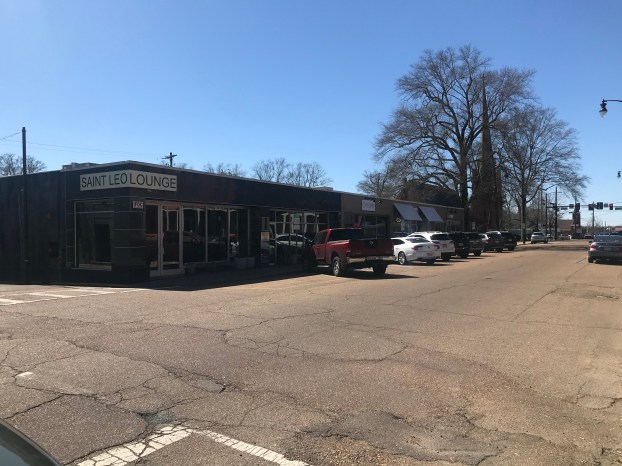 A project to widen the sidewalk on East Jackson Avenue will turn the angled parking spaces on the south side of the street into parallel parking spots. (Jake Thompson/Oxford Eagle)

Parking to be altered due to East Jackson Avenue sidewalk project

Parking on East Jackson Avenue will look a little different later this year.

A sidewalk-widening project will alter the parking spots along East Jackson Avenue between South 11th Street and the St. Peter’s Episcopal Church parking lot. The spots that are angled will be converted into parallel parking spots, similar to the parallel spots already located on the street.

The Oxford Board of Aldermen approved to enter into a contract agreement with Elliott & Britt Engineering, P.A. for professional services required to complete the East Jackson Ave. project.

As stated in the contract, the City will pay Elliott & Britt $14,520 to perform the work, with $7,000 going toward the preliminary engineering scope of the project and $7,520 for the construction, engineering and inspection scope of services.

The money has been budgeted and will come out of the funds the City receives from the trust fund created from the sale of the former Baptist Hospital.

The estimated time to complete the scope of work is 60 days, and city engineer Reanna Mayoral told the Board during their regular meeting on Tuesday the project should be completed by the summer.

The 2020 Oxford Film Festival is less than two weeks away, and will still go on as planned amidst the... read more