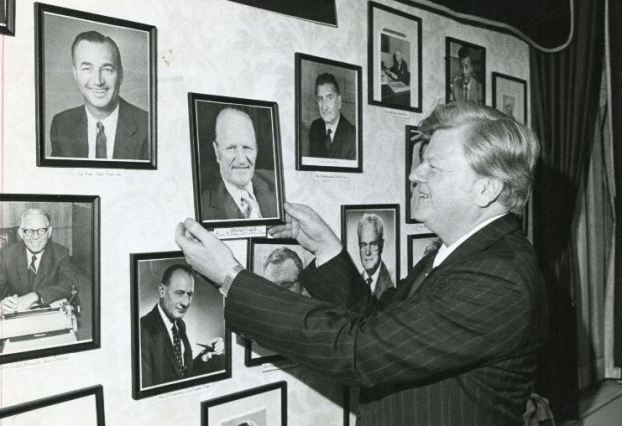 James “Jimmie” Lyman McDowell Jr., often referred to as Mississippi Red, passed away on Thursday in Jackson at the age of 93. The longtime sportswriter and college football personality is credited with the formation of the Mississippi Sports Hall of Fame.

“A long-time good friend, I knew him as ‘Mississippi Red,'” Archie Manning said, speaking on the passing of McDowell. “Jimmie cared deeply about the (game of football) and preserving the history of the game. Everybody knew him, and he loved everybody. From the players and coaches to the athletics directors and sports information directors, he knew how to connect with them all. His contributions will not be forgotten. Our thoughts and prayers are with his family at this time of loss. May he rest in peace.”

Born in 1926 in Brookhaven, Miss., McDowell’s early life was often on the road with the Cotton States League, following his father James, a semi-pro baseball player. It didn’t take him long to venture into sportswriting, and he started working for The Daily Leader at the young age of 14.

After serving in World War II, McDowell returned to Brookhaven to attend Whitworth College, then Millsaps for one semester before transferring to the University of Mississippi. At Ole Miss, McDowell served as the sports editor of The Daily Mississippian, graduating in 1949.

Following his graduation, McDowell would go on to serve as sports editor or columnist at a variety of publications, ranging from the Jackson Daily News to the Memphis Commercial Appeal, even at times hosting his own sports talk show on WLBT-TV in Jackson.

In addition to his work within the state, McDowell served as the executive director of the National Football Foundation and College Football Hall of Fame from 1970 to 1991.

“Jimmie McDowell’s passing marks the end of an era,” said NFF President & CEO Steve Hatchell. “His work spanned decades. A newspaper man and storyteller first, his efforts brought to life so much of the history of our game. We are deeply indebted. He was an engaging personality who rubbed elbows with the elites, the greats of college football, movie stars and politicians. He literally knew everybody from the end of WWII to the turn of the century, and he used his relationships to promote the NFF from coast-to-coast.”

Visitation will take place at the Mississippi Sports Hall of Fame in Jackson from 5 until 7 p.m. Tuesday, followed by a private graveside service at Rose Hill Cemetery in Brookhaven Wednesday, March 11, 2020. Sebrell Funeral Home in Ridgeland is assisting the family with arrangements.