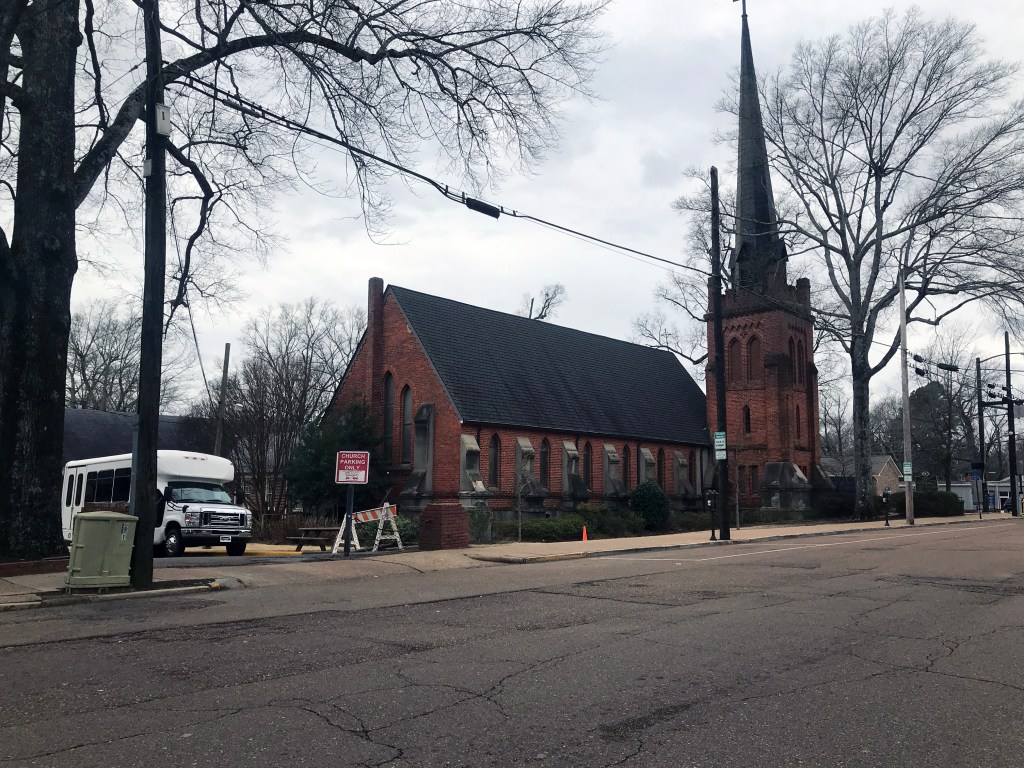 Renovations to Saint Peter’s Episcopal Church near the Square will lead to changes in traffic patterns and parking. (Photo By Jake Thompson | Oxford Eagle)

St. Peter’s Episcopal Church plans to expand their church this summer, in correlation with other plans the City has to change nearby on-street parking.

During a meeting of the Oxford Parking Division and the Downtown Parking Advisory Commission on March 6, the church expansion topic was addressed, although other issues dealing with the relocation of on-street parking spaces became the more prominent discussion.

The historical church plans to build into its parking lot, which would end its drive-through between Jackson and Van Buren Avenues. The fact of the already complicated parking situation and traffic pattern in the area raised a number of concerns among the commission.

“If everything goes through, we’ll have three spaces that move from Van Buren to Jackson,” Matt Davis, the City of Oxford’s director of parking told the commission.

He said that the change would, for the most part, be moving the spots from a more frequented street to one that is used less frequently.

One result would be the widening of the sidewalk, beginning at Funky’s Pizza & Daiquiri Bar. Davis added that this was brought upon by a safety issue with the ongoing tendency for nightlife activity to bleed into the street and in between cars. This would, in turn, narrow some of the street.

Members of the commission expressed concern with the need for there to be more collaboration between themselves and Elliot & Britt Engineering, who have taken on the project. Much of the members’ consideration and reservations dealt with the swapping of some spots between being angled or parallel parking — and the actual amounts of widening and narrowing proposed to take place.

Regarding the changes of parking designated for the church, Davis assured the commission that it will basically just be a matter of relocating spots from one place to another.

Although it was agreed to further discuss the on-street parking situation if the matter should grow to become urgent — at the next meeting or during a special meeting — the motion was made and approved to support the relocation of the parking spaces as proposed by St. Peter’s.