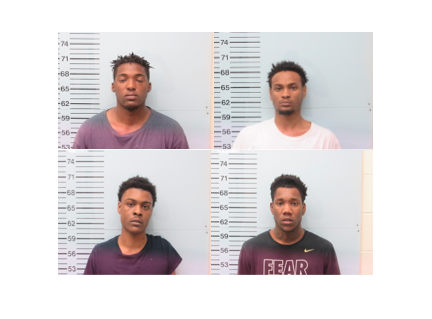 On March 9, the Oxford Police Department took a robbery report wherein the victim stated he had been hit with a handgun and his wallet had been taken from him. The victim identified the suspects involved, and took investigators to the location where the incident occurred.

McGee had an additional charge of possession of weapon by a felon. They were all taken to the jail, and booked on the aforementioned charges. Wiggins, Hill and Bishop were issued bonds of $60,000 each. McGee was given a bond of $75,000.