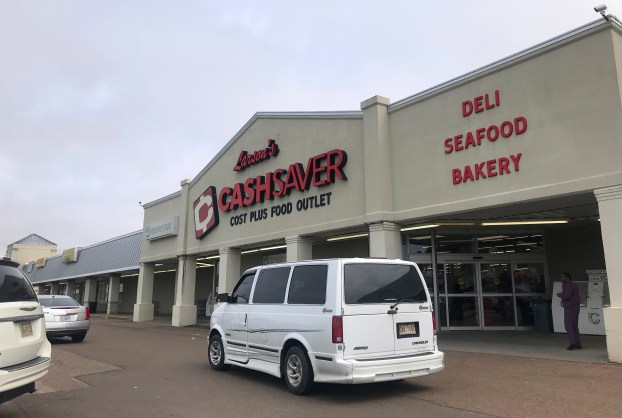 Oxford grocery stores such as Larson’s CashSaver, pictured above, are working to keep up with the demand that the COVID-19 pandemic has created. (Jake Thompson/Oxford Eagle)

Since the COVID-19 outbreak was officially ruled a pandemic, grocery stores and other retailers were hit with a wave of people purchasing the stores’ entire stock.

Oxford was no different, leaving businesses such as Walmart, Kroger, Dollar General and locally-owned Larson’s CashSaver’s shelves barren. Since then, those stores have worked to put protocols in place to help keep their store as full as possible.

“We normally get three deliveries a week, and now we’re getting five to six,” CashSaver owner Brent Larson said. “Stock is steadily running out every day. It used to be every other day.”

On Sunday, President Donald Trump held a phone call with food industry executives to discuss the growing crisis that is the food shortage. During a press conference on Monday, Trump relayed the message grocery executives urged him to convene to the public.

“You don’t have to buy so much,” Trump said. “There’s no need for anybody in the country to hoard essential food supplies.”

Toilet paper was the first in-demand product to vanish off the shelves faster than workers could refill them. Kroger posted flyers in aisles that contained cleaning supplies as well as cold and flu medicine, alerting them there will be a limit of one item per person.

Larson said he is not planning to put up notices to limit how many items people can purchase at his store, but is also alerting his employees to keep an eye out and urging customers to be smart with their purchases.

“We’re not going to let someone come buy 20 things of toilet paper. Nobody’s going to be able to use that,” Larson said. “We don’t want knock somebody out, but if they want three or four, that’s fine. There’s not going to be a shortage. There might be a delay in delivery, because right now the demand is a lot higher than the supply.”

On Sunday, Walmart announced they will be altering their store hours to allow for cleaning and restocking of shelves. The store will be closed from 11 p.m. to 6 a.m. until further notice. Several Kroger stores across the country altered their store hours, but as of now, Oxford’s store is operating under their normal hours.

While many restaurants in Oxford are taking necessary precautions to still be able to serve the community, a couple notable... read more