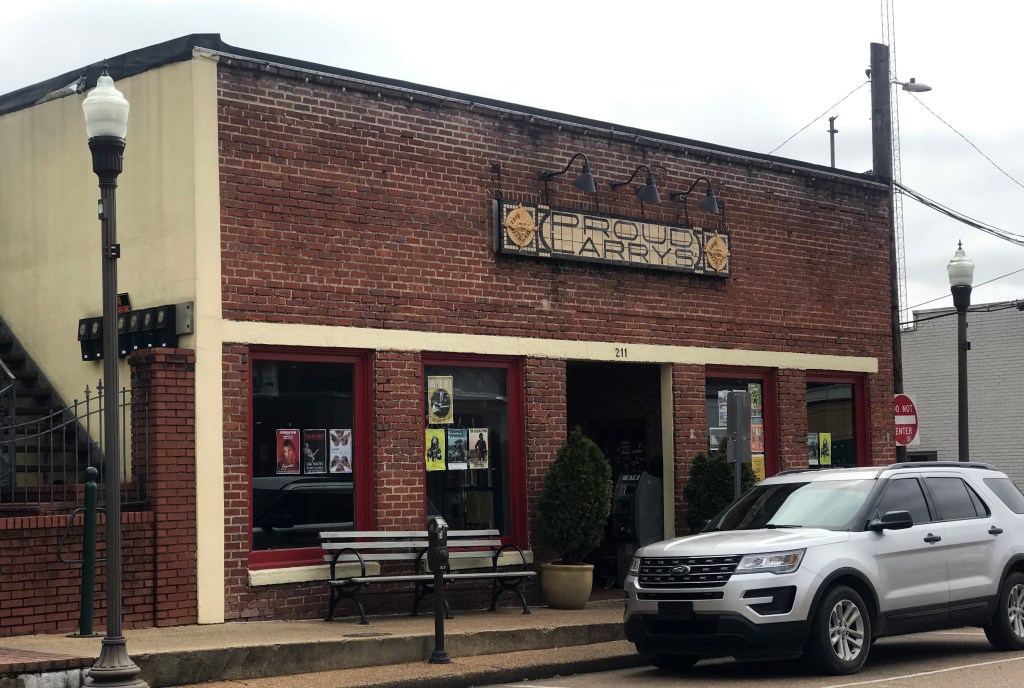 Proud Larry's is one of several restaurants on Oxford's Downtown Square that are closed temporarily due to the COVID-19 pandemic. (Jake Thompson/Oxford Eagle).

While many restaurants in Oxford are taking necessary precautions to still be able to serve the community, a couple notable establishments are not taking any chances.

On Monday, Ajax Diner and Proud Larry’s announced their decision to temporarily close due to the COVID-19 pandemic. Ajax was the first to make their announcement, with a post on their Facebook page on Monday morning.

“After talking with staff gathered here this morning, the consensus is that Ajax is closed,” the post read. “This may sound overly cautious, and I certainly hope it is. Just yesterday, four states closed their restaurants down, so it isn’t if, but when. The quicker we do this, the quicker we can open back up.”

Roughly 10 hours later, Proud Larry’s made the call to close their doors for the foreseeable future. The four remaining shows scheduled in March at Proud Larry’s, including Sarah Shook and the Disarmers’ show on Wednesday, have been all been canceled. Refunds are being processed, and some shows are being rescheduled, according to their Facebook post.

“Although this was a difficult decision, we know this is the right one,” Proud Larry’s post read. “Proud Larry’s will be temporarily closed effective immediately due to the concerns about COVID-19, because the health and safety of our staff and customers is our first concern. As much as we love being together, listening to good music and sharing a slice of pizza, at this time we must practice social distancing because it is the key in the defense against the spread of this virus.”

City Grocery, Bouré, McEwen’s and The Sipp on South Lamar were other Square restaurants to announce they will be closed temporarily. Volta Taverna, Track 61 and Oxford Canteen, located just north of the Square on North Lamar Boulevard, were restaurants who announced their closures as well.

The state of Ohio was one of the first to mandate bars and restaurants close up at 9 p.m., but now several states and cities are mandating complete closures of establishments, or shifting to take-out or drive-thru service only. New Orleans was the latest to enact this mandate, shutting down all bars and restaurants in the French Quarter district and throughout the city on Monday.

Serving Oxford Hotline created to help those in need…