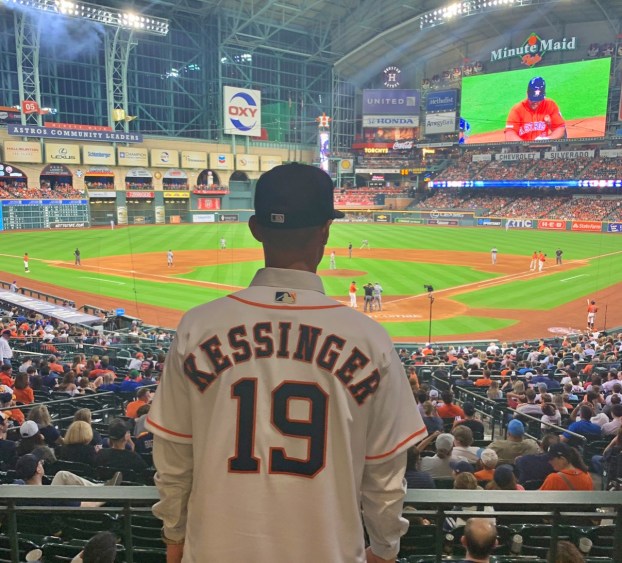 Grae Kessinger is playing Fortnite again – it’s weird, he admits, but he has no idea what to do right now.

The Houston Astros, the MLB organization that drafted Kessinger in the second round out of Ole Miss last year, sent all their minor leaguers home a week ago amid the threat of COVID-19. For now, the MLB has delayed all professional and minor league games until at least mid-May.

It’s been a surreal two weeks for Kessinger, an Oxford native who was taking part in his first-ever spring training. Simply, it’s going to be a spring training Kessinger will never forget.

Kessinger was on the field at the Astros facility in West Palm Beach, Fla. last week when news broke that the NCAA Tournament would be played without spectators. He was at dinner with teammates when the SEC basketball tournament made the same move, and back in his apartment playing video games when the NBA suspended all games for the remainder of the season.

Every time he picked up his phone, the times became more surreal.

“Honestly, I wasn’t actively paying too much attention to everything that was happening. Maybe I was naïve,” Kessinger said. “But every time I’d get on Twitter, it was something new. I was like, ‘What is going on?’ When I got home that night, I started doing more research and stuff. Goodness gracious, this is nuts.”

At some point this past Friday, big leaguers in the spring training facilities were called into a meeting. At that point, they sent everyone home. Everyone on the 40-man MLB roster was given the option to stay and work out in the facility or to go home.

Kessinger, who had gotten an apartment in Florida and showed up to camp early along with a handful of other minor leaguers, never had such a meeting.

“All the minor league guys, no one knew anything,” Kessinger said. “Just from talking to guys in Arizona and on other teams, it went quickly from ‘things will be fine’ to ‘we’re going home’ and honestly, we still don’t even know what’s happening. We’re just sitting around and waiting. That’s the most annoying part, and not just for baseball but for everyone, we can’t just call someone and ask how it’s going to work. We just have to take it one day at a time.”

Eventually, the minor leaguers in the organization got the news that they’d all be sent home. Kessinger, with his local apartment, is still in the area and still waiting on word as to if he’ll have facilities access, as a local player. For now, he’s back with the team of trainers he worked out with in Florida in the offseason.

Half jokingly, but with a sense of seriousness in his voice, Kessinger said he honestly doesn’t know what to do with all his spare time right now. He’s still waiting on answers surrounding training and when exactly a season will pick back up.

“It’s just super weird. Honestly, I’m just trying to find ways to kill time. I even picked Fortnite back up,” Kessinger said. “We joke, but you get in a routine. For the last month or whatever, I was waking up and going to the field early. You eat breakfast there and stuff, and it was a routine. Now, I’m just trying to find a new routine and with that comes a lot of free time. Once I have a plan for my workouts the next month or so, that’ll help just get back to some normalcy. But yea, it’s just been weird.”

While talking to Kessinger over the phone earlier this week, news broke that a handful of players in the New York Yankees minor league organization had tested positive for COVID-19.

“My god, that hits close to home,” Kessinger commented on hearing the news.

Going back to the prior week, it took about three days from that initial news spiral for baseball, and Kessinger, to really know what was going on.

Opening Day was initially pushed back two weeks, then until mid-April, and now they say they will not resume until mid-May. Baseball, with their standard 162-game regular season, is the sport most easily positioned to play a shortened 2020 regular season. Kessinger is still optimistic that will happen, even saying he’d be honestly shocked if they never returned to play.

Now over a week since coronavirus began to disrupt everyone’s day-to-day lives, there are still a lot of unanswered questions. Personally, for Kessinger, it’s a period of time, at the start of his professional career, that he’ll remember for the rest of his life.