Lafayette County Arena feeling the effect of the COVID-19 pandemic 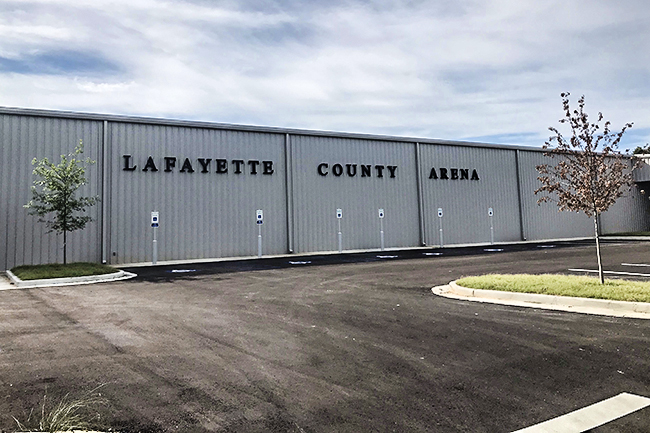 The COVID-19 pandemic has caused everything to sit at a standstill, and that includes the new Lafayette County multipurpose arena.

The arena opened in August and has hosted several events, including a circus last month. With the pandemic leading city and county officials to pass “stay at home” resolutions, the County’s latest entertainment venue is feeling the crunch.

“A lot of the rentals have had to cancel,” said Yoknapatawpha Arts Council executive director, Wayne Andrews.

The arena had recently booked a stop by the Professional Rodeo Cowboys Association, for the Lafayette County PRCA Rodeo, which has since been postponed, according to Andrews. The rescheduled date listed on its website, lafayettecountyrodeo.com, is Sept. 25 and 26.

Andrews noted they had scheduled a date for professional boxing matches to take place at the arena, but that event has also been postponed and rescheduled. YAC had also started work on having a concert series at the arena or the adjacent amphitheater. Efforts to raise funds for those projects have been put on hold, for now.

On March 20, the Lafayette County Board of Supervisors approved a resolution declaring all mass gatherings be limited to no more than 10 people until further notice.The resolution included the shutdown of all restaurant dining rooms in unincorporated areas of Lafayette County.

Glenn Boyce: University has limited its operations to “mission-critical”