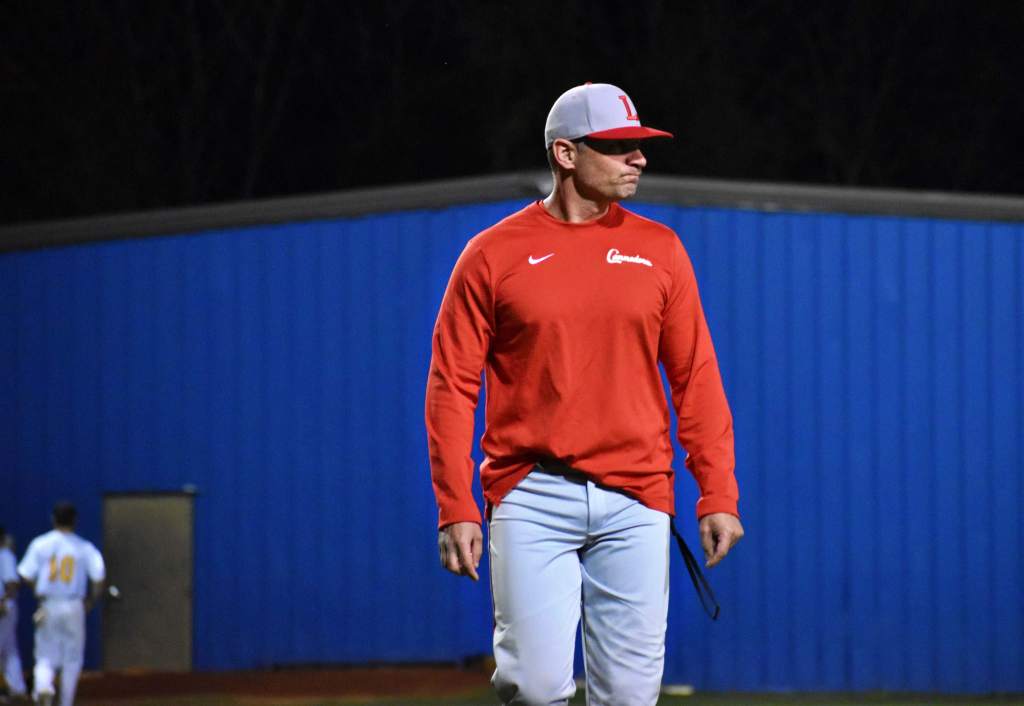 Lafayette baseball was 7-3 before the season was halted. (Photo by Nathanael Gabler)

With all other semblances of athletics closing down for the foreseeable future amid the coronavirus outbreak, there still seems to be optimism that Mississippi high schools may eventually return to action.

The Mississippi High School Activities Association declared on Friday that it had suspended all sports and spring activities until April 17, canceling all spring football activities, among other decisions.

Our local coaches know it’s a tall mountain still to climb, but the chance to return to play does seem real.

“I’m trying to remain optimistic,” Lafayette baseball head coach John Walker said. “I made the statement to a couple of people not too long ago that it’s seldom in your career when you have a team where you look at them and feel extremely competent that they’re a championship-caliber team. We’re looking at one in Lafayette this spring, and it would be a shame for them to not have the opportunity to achieve that. So, we’re remaining optimistic and hope to have the opportunity to play.”

The MHSAA decision follows directly along with Mississippi Governor Tate Reeves’ announcement that public schools statewide would remain closed through April 17. According to those close to the decision-making process, high school sports and other activities have no chance of returning until schools are back in session. That said, just like schools want to be back in session eventually, so do spring sports for high schools.

Realistically, if these spring sports make a return, they won’t be able to jump straight into play and the seasons will be significantly shortened. Lafayette athletics director Greg Lewis speculated that he would expect a two-week practice period following a potential return to play, followed by squeezing district play in to a two- or three-week stretch before starting the playoffs. In this theoretical world, teams could jump from day-one practice to the playoffs in just one month.

It’s a similar message reiterated by Oxford athletic director Mike Martin – the players would need a little bit of time to get back into normal baseball or softball or track shape. Not giving them that time would be “simply irresponsible,” according to Martin.

All that said, the main goal remains simple: they have to return to school.

“When a school closes, you can’t have an athletic team. It’s in our policies that when a school shuts down for snow or for anything, you can’t practice, let alone can you compete,” Martin said. “But we live on optimism right now. That’s our game. We hope something will come about and it’s cautious optimism, but optimism.”

However, where these coaches and administrators may have some optimism, it’s important to keep things in perspective.

The NBA, MLB and NFL have closed doors indefinitely. College sports for the spring season are shut down and will not be coming back, and the 2020 Summer Olympics seem destined for a postponement until 2021. There may be some optimism for a return to play in high schools, but realistically, it’s a long shot.

“These decisions give us a little bit of hope, but at the same time I think we all know it’s going to be tough for it to happen,” Lewis said. “It’s still going to come back to what schools are able to do. We have to get school back into session before we can do anything else.”

Maybe this optimism is naïve and unfounded in logic or precedent. But those decisions from processional leagues and colleges involve hundreds of millions of dollars in tournaments and subsequent insurance money. The MHSAA isn’t tied into these insurance policies. Some of the high school players are just trying to salvage a few baseball games before they graduate, and for many of them, cease the remainder of their athletic careers.

So the MHSAA is just holding on right now, and it seems like most are in favor of that holding pattern.

“I think it’s the most logical decision,” said Oxford baseball coach Chris Baughman. “It provides some sense of hope and optimism for these kids to get to salvage a bit of a season. So, it’s the most logical decision they could make, just to postpone until a time that we could play, if it would at all be feasible to play. Everyone that I’ve talked to completely understood this decision.”