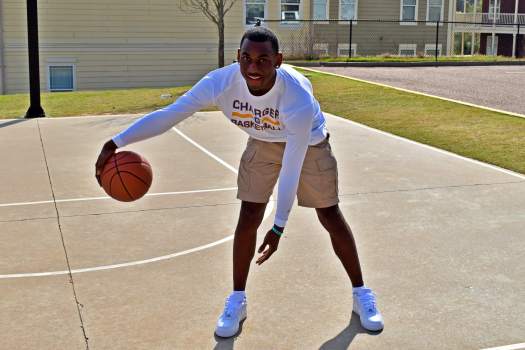 With coronavirus shutting down schools and gyms, Blackmon has resulted to getting shots up on outdoor courts (Photo by Nathanael Gabler) 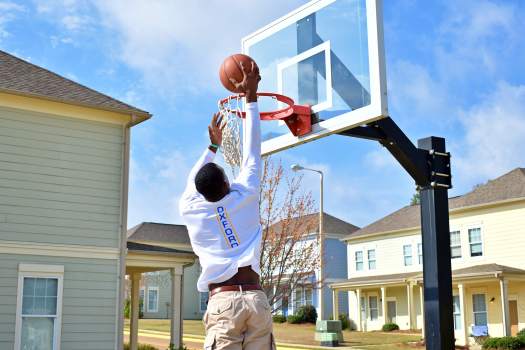 Kylan Blackmon averaged 27.6 points per game in his senior season for Oxford (Photo by Nathanael Gabler) 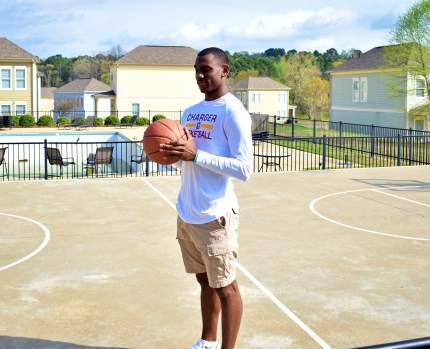 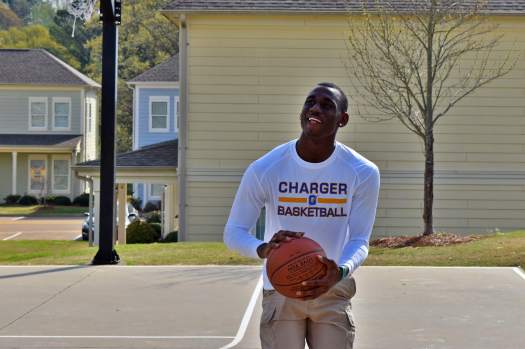 Kylan Blackmon still doesn’t know where he’ll be four months from now, but what he knows is he’ll still be hooping.

“Oh gosh, I’m winning big. Last year me probably wouldn’t score five points in a game to 21,” Blackmon said. “I’m so much more physical this year. I really just worked on my game a lot more, got a lot bigger, my shot is a lot better than last year. He’d have no chance.”

Everything changed last year around this time. Playing in the North-South All-Star game, Blackmon took home the MVP, scoring 14 points on four of five shooting from deep.

“Everyone at that All-Star game was top notch, a good player, great player. They’re all the best player on their team and high-major players,” Blackmon said. “It made me want to get to the gym.”

It all started in the weight room, according to his coach. Basketball switched from a fun, semi-serious activity to something Blackmon realized could potentially pay for his education on the next level.

“He was so much more business-like and had such a focus on getting stronger in the weight room and more explosive. Everything he did that summer and this season was at game-speed,” Tyler said. “It wasn’t long into the fall where the team noticed that Kylan had taken it up a number of notches. It was easy to see – it stuck out in neon, and that’s a great thing for a team, because that approach rubbed off on everyone around him.”

At this moment, Blackmon is signed on to play next year at Northeast Mississippi Community College. However, coaches at Northeast are allowing him to take a DI, DII or DIII scholarship if he so chooses. Due to situations around the world with the coronavirus outbreak, that’s becoming a little bit difficult.

Blackmon said he is determined to not commit to a school until he takes a visit. The NCAA is not allowing any recruiting visits until April 17. Currently, Blackmon holds a Division I offer from Jacksonville University, but has not visited. He also had visits scheduled at Liberty University and Lincoln Memorial University, one of the best DII schools in the nation, that had to be cancelled.

At some point over the past season, Tykel Owens transformed himself from an athlete playing basketball into a basketball player who’s the best player on the floor. A player who’s been with the Oxford high school basketball program since 8th grade, it’s Owens’ second-straight selection to the EAGLE’s All-Area Team.

“Tykel Owens is a heck of an athlete, usually the best one on the court, but he’s became a good basketball player. But what carried him this season and gave him the winning edge was his desire to win every trip down the court,” Tyler said. “He wants to be the lion in the lion’s den. You can read his body language. He wants to hit that home run every trip down court. But this year, he realized he couldn’t just make it up in one play. He had a much smarter approach to his senior year.”

Owens averaged 17.1 points, 5.0 rebounds and 3.3 assists during his senior season.

Lafayette’s best offensive weapon is just a sophomore, and Kylen Vaughn is the only non-senior on the 2020 All-Area Team. Vaughn led the Commodores with 11.7 points per game in 2020, including a 41-point output in a February 78-77 win on the road over Pontotoc.

“Fortunately for us he’s only a sophomore, and offensively, he really carried us the entire season,” said Lafayette head coach Brad Gray. “He showed a lot of bright spots and was the backbone of our offensive output. This year, he was shooting the ball a lot better from the perimeter, and that’s what he did in that Pontotoc game. He was hitting shots and finishing in the paint through contact, a lot of and-ones that night. Really a special game.”

The only player on this team who will return a year from now, Gray’s challenged his sophomore to get more consistent game to game. Instead of going for eight one night and 41 the next, he wants Vaughn to average around 16.

The 2019-20 season was a bit of a struggle for Water Valley, but senior Darius Tolbert’s efforts shone through. Averaging a team high 11.1 points per game, many of Tolbert’s best performances came against the toughest competition.

Tolbert’s best game of the season came in a close regional loss to a very good Byhalia team, going for 18 points, 6 rebounds and 6 steals in the game, almost singlehandedly pulling the Blue Devils through to victory. Blue Devil coach Jason Purdy was unavailable for comment.

Kylan Blackmon may be the back-to-back player of the year, but JJ Pegues is the only player on the list who has made three straight all-area teams. Joining the team mid-way through the year after a long football season, Pegues’ inside-out game at 6-foot-4 and 280 pounds helped make the Oxford offense difficult to stop.

“We could really stretch the defense with Kylan on one wing and JJ on the other wing. And that created gaps for Tykel Owens to use his speed and quickness to get to the goal. Those three seniors really complimented each other,” Tyler said. “It took a little bit as far as JJ in the third and fourth quarter with his conditioning and getting into basketball shape. But he gave his body, what he had to give, this year coming out of football into a 31-game basketball season.”

Dealing with plantar fasciitis and other foot injuries during the season, Pegues still averaged 16.2 points and 6.2 rebounds per game.

The final member of the 2020 All-Area team, sixth man Cade McKellar, is one of the area’s best comeback stories.

McKellar missed nearly all of his junior season with a broken leg, and all of last summer with a bad turf toe injury. These injuries piled on top of a sophomore year that also had him missing time with injury. The Chargers finally got a full-strength McKellar in the 2019-20 season.

In his senior season, McKellar averaged 8.0 points, 3.1 rebounds and 5.1 assists for the Chargers.