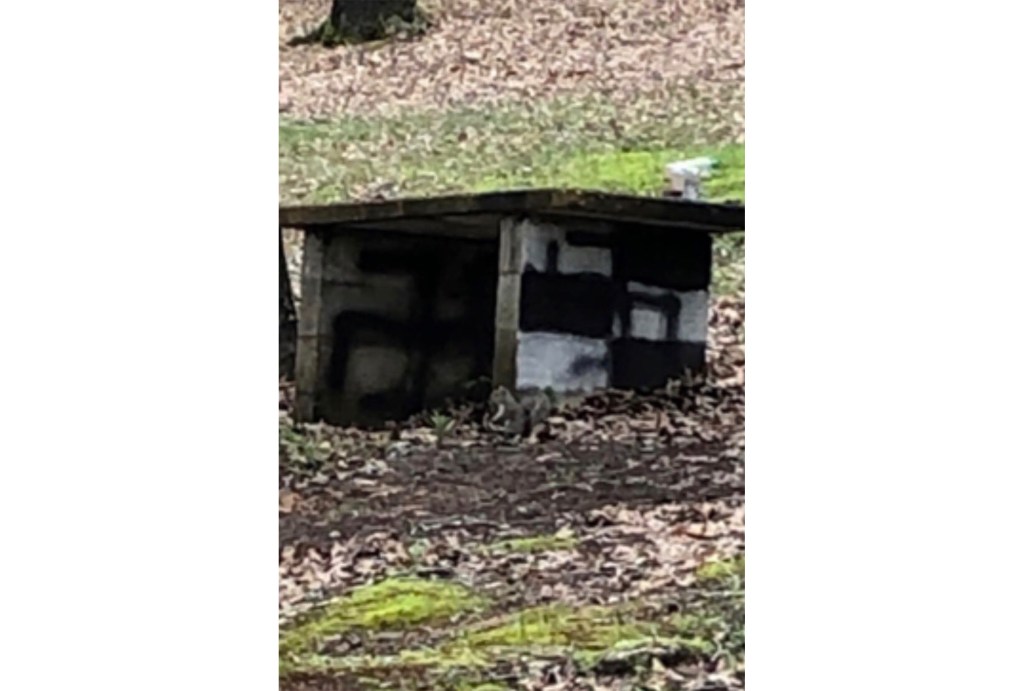 On Thursday, a passerby discovered swastika symbols painted on a structure at Avent Park. The person alerted OPD of the vandalism.

“We are unsure of how long it has been there,” OPD chief Jeff McCutchen told the EAGLE. “We do not have any suspects at this time. We ask that the public continue to report any suspicious activity.”

All parks within the city limits of the City of Oxford are closed to group gatherings due to the COVID-19 pandemic through at least April 6, though it is open for individual use such as walking or jogging on trails.

OPD asks that if anyone has information regarding the vandalism to contact them at 662-232-2400.