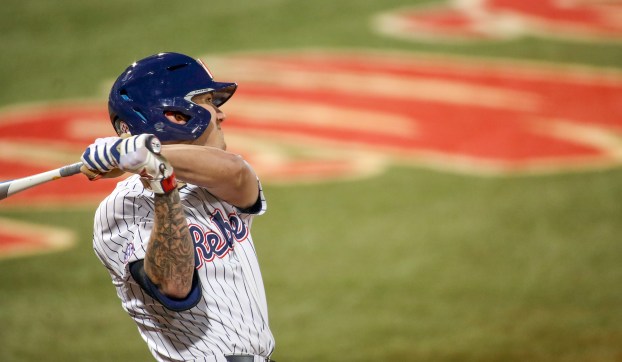 Major League Baseball and the MLB Players Association reached an agreement late last week regarding handling of the economic fallout of COVID-19 in baseball.

Their deal may very well affect which current draft-eligible Rebel players will remain on the Ole Miss team in the 2021 season.

The deal reached included a $170 million payout to players for April and May, regardless of if baseball is played in those months. On the other end, the league now has the option to shorten the 2020 MLB Draft, which was already pushed back into July, to as few as five rounds, something that will have significant ramifications for Ole Miss and amongst all of collegiate baseball.

If the entire 2020 season were to be canceled, current MLB players will get to keep all money paid out during the months of April and May. Active players will also receive full service time, meaning that anyone scheduled to reach free agency following the 2020 season will still do so, even if no games are played. In doing so, the MLBPA has agreed that the draft may be as short as five rounds, but may extend to as many as 10 or 15, at the discretion of the league owners.

Many MLB owners, in fear of cash flow issues resulting from a lack of games and its impact on draft signing bonuses, were questioning if the 2020 draft should be held altogether. Now, they have their answers in the form of a shorter draft. The deal also includes the option to shorten the 2021 draft to as many as 20 rounds and a stipulation that undrafted players may not be signed for a bonus north of $10,000.

Now how does this impact Ole Miss?

On the current 2020 Ole Miss baseball roster, there are seven draft-eligible juniors. Only two, Anthony Servideo (65) and Tyler Keenan (74), rank among the top-200 draft eligible players by Fangraphs. That means some draft-eligible guys such as Tim Elko, Cael Baker, Hayden Leatherwood and Max Cioffi may have little choice but to return to Ole Miss, where they would otherwise likely leave after being selected in the mid-to-late rounds.

This decision to shorten the draft may also impact two other Ole Miss player groups, beyond just the draft-eligible juniors. With the NCAA saying it will extend an extra year of eligibility to those, at the very least seniors, whose seasons were cut short, there may be a group of seniors that now come back and do a year of graduate school and play more ball instead of leave for the draft. None of the key Rebel senior group of Austin Miller, Taylor Broadway, Tyler Myers or Greer Holston are listed among the Fangraphs top 200. Maybe the Rebels will get some, or all, of them back, too.

Then there’s one final group: the members of the 2020 recruiting class. Every year, the standard high-level college baseball recruiting class will lose a few guys to the draft straight out of high school. Now, with a shortened draft, more of those prospects may end up in college than usual. The biggest name in that regard for Ole Miss is shortstop T.J. McCants out of Florida. McCants, who signed with Ole Miss in November, is ranked No. 103 on the fan graphs list of draft-eligible players.

The league has yet to make a decision as to how much shorter the draft will be – it can’t sink below five rounds. With some owners having called for a draft to be entirely cancelled, it would seem to reason that the shortest they can make it, the better for their checkbooks. And the shorter the draft is, the more beneficial for Ole Miss and the 2021 Rebels.

Kylan Blackmon is headed to The Sunshine State. The Oxford High School senior announced his commitment to play basketball at... read more