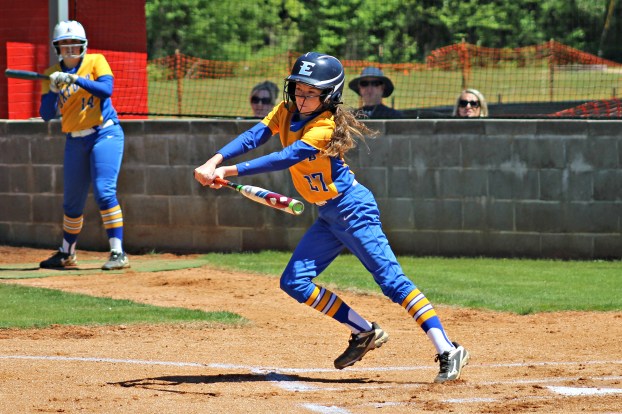 Oxford softball accepting the realities of their lost senior season

After three weeks of letting everything sink in, word choice has subconsciously shifted to the past tense. The reality of the situation has set in.

Technically, MHSAA is has not canceled all spring sport seasons. For now, as per a decision on March 20, all sports and activities are canceled until at least April 17, at which point MHSAA will reconvene to discuss resuming the seasons if schools reopen. With the government extending social distancing guidelines until the end of the month of April, that date seems wildly optimistic at best.

While many different high school teams over the past weeks have had a hint of optimism, that wasn’t the case for the seniors from the Oxford softball team over the course of this week.

“This is entirely out of control. There’s nothing much we can do about it,” Meranda Wortham said. “Honestly, none of us were taking it that seriously when we first learned about it. Now we know better, things aren’t getting better, it’s getting a lot worse. Technically it’s not canceled, but we’re treating the season like it’s over. No point in getting the hopes up.”

The girls seem to be accepting the situation shockingly well.

It’s hard to have a senior year, a senior athletics season cut short. Many, if not all, of these girls in a large Oxford senior class have played their last softball game and stepped inside the high school at OHS for the final time. The hardest part is that they didn’t even know at the time that it would be their last.

“At first it was kind of hard. My senior season was just over with. But talking to Coach (Tabitha) Beard and she was telling us not to worry about it,” said senior Chrystian Scruggs. “Everyone was upset, but things are always going to happen, you just have to know how to handle it. Once you take time to think of it, the time with my teammates made this year for me. There’s a lot of us seniors on this team and we’re really close. In the short enough time that we had together, that’s what I’ll remember.”

Through the short season, Oxford stood at just 2-5. However, the record doesn’t really matter to the six seniors on the team.

Unlike many of the other local teams, traveling during spring break week earlier last month, the Charger girls were at home when all the news regarding sports cancelations over coronavirus started to spiral just over three weeks ago.

They don’t have a story about a last moment with the team or the acceptance of harsh realities, and in a sense, it’s worse that way. They haven’t really seen each other in weeks. The girls are handling the situation well, but that doesn’t take away from the realities of the difficulties of the situation.

“This has been a challenge, honestly. Our senior year was stripped away from us. All those things you think you’ll experience with your senior year, we’re not getting to do that with all that’s going on,” Wortham said. “That’s softball, I may never be able to pick up a ball again after this. But it’s also just being in school, seeing our friends and teachers, graduation. It’s hard.”

Mike Bianco: “I don’t know if (the decision) could have gone any better”

The NCAA made a monumental, groundbreaking decision on Monday evening, granting an extra year of eligibility to spring sport athletes... read more