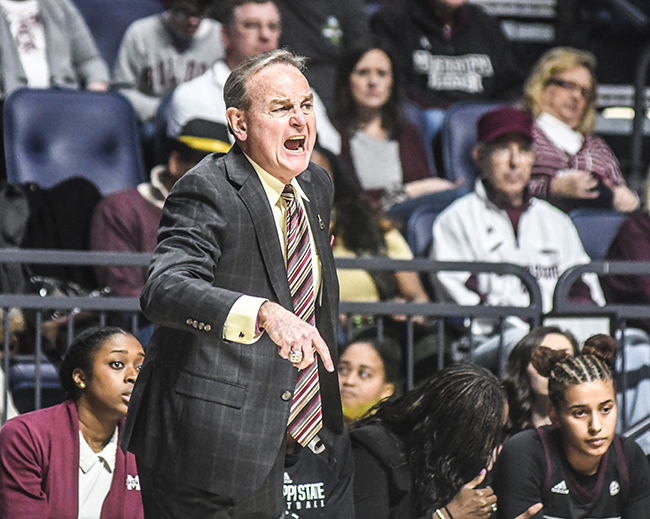 A Texas native and longtime assistant at Texas A&M, Schaefer took the University of Texas women’s basketball coach job on Sunday evening after eight seasons in Starkville. Schaefer went 221-62 at Mississippi State, taking the Bulldogs to NCAA Tournament championship game losses in 2017 and 2018. He’ll inherit a Texas program that went 19-11 last season. This season, Mississippi State was 27-6 and ranked No. 9 before the tournament was cut short due to the coronavirus pandemic.

“I want to thank everyone at Mississippi State for eight wonderful years,” Schaefer said in a news release. “Thank you to the Bulldog Family for your loyalty and love of our program. We will always be grateful for our time in Starkville.”

The decision for the Longhorns comes just two days after the announcement that they will not retain current coach Karen Aston, whose contract was expiring. Aston, who had also been at Texas for eight seasons, had a 184-83 record with the Longhorns, taking them to three Sweet 16s and one Elite Eight.

For Mississippi State, the loss is substantial.

“Earlier today, I met with our young women and informed them that a national search for our next head women’s basketball coach is underway,” MSU Athletic Director John Cohen said in a news release. “I shared with the team that we will be thoughtful and thorough during the process, and that I am confident we will find a great leader for this program. We are looking for a relentless recruiter, someone who understands our deep meaning of family, someone who understands the Mississippi State culture, and a hungry competitor with an elite work ethic. We want someone who knows the game inside and out and has an innovative skill set.”

As optimistic as Cohen’s words are, Schaefer will be hard to replace in MSU basketball. His win percentage of .781 dwarfs anyone in previous program history. In fact, before Schaefer, Mississippi State had just one coach in program history with a winning record – Sharon Fanning-Otis, who went 281-232 in her tenure. On aggregate, all coaches not named Schaefer in MSU history combine for a winning percentage of .487.

Regardless, Vic Schaefer is gone and the Bulldogs are now in search of a replacement who will maintain their program relevancy.