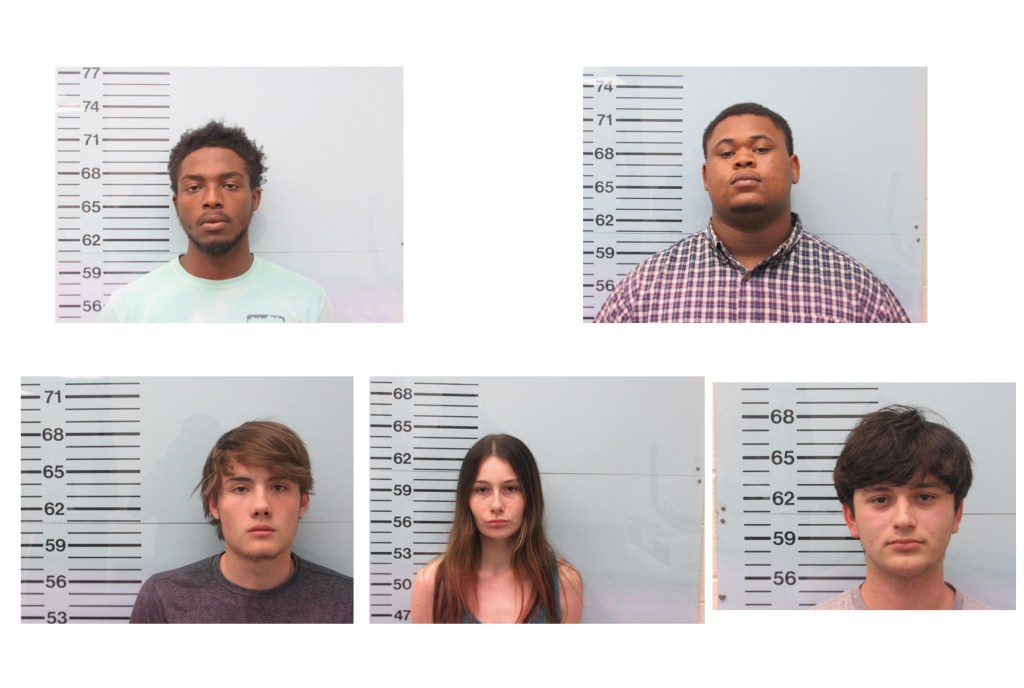 Five people are facing multiple charges in connection to a string of auto burglaries reported on Old Taylor Road.

From March 26 to March 30, several residents on Old Taylor Road contacted the Oxford Police Department to report their vehicles had been burglarized, which led OPD to investigate the incidents.

On April 3, investigators executed a search warrant on an apartment off of Old Taylor Road, where they were able to recover several stolen items and arrested two individuals who were involved in the burglaries. Those individuals were identified as Ledarius Davis, 21 of Oxford, and Rashod Sharp, 21 of Oxford.

After the initial arrests of Davis and Sharp, OPD learned new information that led to additional arrest warrants being issued for three more individuals. Those individuals were identified as Dalton Patterson, 18 of Oxford, Brooklyn Savage, 19 of Oxford and Brandon Potts, 18 of Oxford. All three were located and arrested on the same day without incident, according to OPD.

The investigation is still ongoing, according to OPD, and more arrests could be made as a result. Anyone with information regarding the individuals arrested or others that may be involved are asked to contact OPD at 662-232-2400.