Oxford residents providing some cheer during COVID-19 with bear hunt 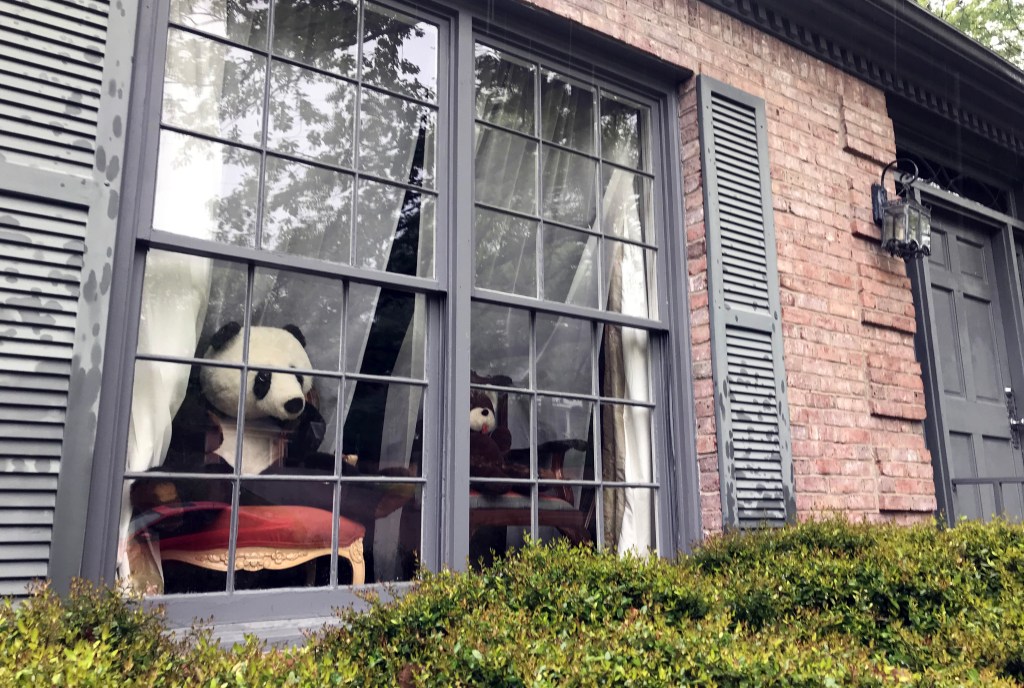 Bears are placed in the front windows of the residence of Bill and Carole Dye in the Old Country Club neighborhood near Lamar Park. People across the world are placing the stuffed animals in their windows for childrent hunt for while riding around their parent’s car. (Jake Thompson/Oxford Eagle)

With the new normal of quarantine life meaning children are sequestered to their homes and not able to see friends, people around the world — and now in Oxford — are finding ways to provide a distraction.

In what has turned into a worldwide activity, people are placing stuffed bears in the windows of their homes as part of a scavenger hunt of sorts. Families load up their children in the car and go hunting for bears in the neighborhood, much like when families drive around looking at Christmas lights in December.

Anne Haire, who began placing animals in the window of her Tupelo home, said some people are placing any kind of stuffed animal they can find to help be a part of the fun.

“It’s fun, because you’ll drive by one house and they’ll have all the Lion King figures in there,” Haire said. “I’ve got Clifford the Big Red Dog in my window. … It’s just fun when people are supposed to social distance, to have kind of a game where you can ride around with your kids and find the bears.”

One of the first Oxford homes to participate is the home of Haire’s parents, Bill and Carole Dye, who have found a good use of all of Haire’s childhood stuffed animals.

In the front of their home in the Old Country Club neighborhood on St. Andrew’s Circle, the Dyes have placed least two bears in each window. Some of the bears are so big, they get a window all to themselves.

“We’ve had several people comment on (the bears) and that they saw them,” Carole Dye said. “It catches people’s eye when they pass by. They’ve commented on it and said they thought it was real cute.”

Bill Dye is the one who placed the bears in the window and sorted through what Carole said was “two beds full” of Haire’s old stuffed bears.

Haire noted her parents are very sentimental, and kept everything from her childhood that they could. However, they did not have any idea the old stuffed animals would become so essential due to a pandemic.

“None of us thought this would ever happen to us,” Dye said.