Gray Spencer out of hospital, targeting a return home “soonish” 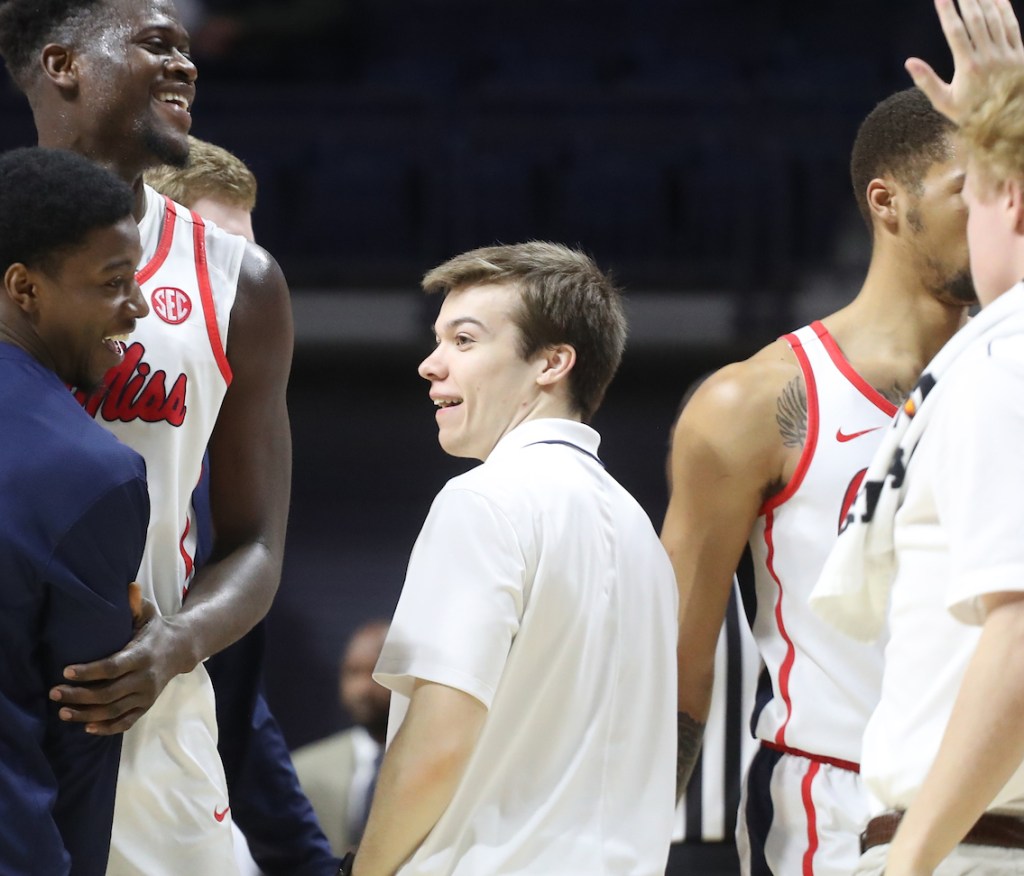 Just days before COVID-19 was declared a pandemic and the coronavirus scare spiraled in the United States, Ole Miss student basketball manager Gray Spencer was involved in a serious car crash on Highway 30.

After being placed in a medically induced coma just to survive, Spencer has shown a lot of positive recovery over the past three weeks. Now, he’s been released from the hospital last week and is currently in a medical rehab facility in Jackson. He expects to be released to go home “soonish.”

Spencer caught up with the EAGLE over the phone on Tuesday evening while doing some physical therapy. That’s pretty much his life right now. An Ole Miss junior in his second year as a manager for the men’s basketball team, Spencer is quite literally in the process of relearning some of life’s basic skills, things many people take for granted on a daily basis.

“It’s been a big pain in the butt, honestly. Right now, the big thing is trying to learn how to regain my balance,” Spencer said. “My therapist over here is laughing; he’s the one that’s been on me about balance all the time. Any blow to the head could reset me all the way to square one, so that’s why the balance is so important right now.”

Spencer said he’s had some minor falls, nothing serious. Just reaching for his phone the other day, he slipped out of bed, thankfully landing on his knees. The ‘learning to walk’ process is strange, he admitted. He said he’s not really sure how to describe it – things most people don’t even think about in normal life is what Spencer is devoting his mental capacity to.

According to Spencer, the process involves a lot of walking through the halls of his rehab facility with someone holding onto his back support to prevent any serious fall.

Yet somehow, Spencer said, learning to walk isn’t the hardest thing he is dealing with right now.

“The bathroom training is ridiculous. I laugh,” Spencer said. “It’s managing your bladder. Honestly, it’s a big ordeal, just training your brain. But really, apart from that the crazy thing is, I don’t remember the wreck, nothing. I honestly couldn’t tell you a single thing about the wreck, and that’s still wild to me.”

Throughout the whole process, the Ole Miss basketball team has been alongside Spencer more than he ever would have thought. Spencer said head coach Kermit Davis reached out over the phone on Tuesday, not the first time the two have chatted. Sophomore forward Blake Hinson was the first to reach out to Spencer, followed by Khadim Sy and a bunch of others.

In reality, the junior is in high spirits. Released from the hospital over a week ago into a full-time rehab facility, he’s targeting his birthday – April 22 – as the absolute latest day that he can be discharged and go back home, joking that all he’s really looking forward to is stopping by Wendy’s on the drive there. Spencer said he is blessed that, while spending countless nights in hospitals over the past few weeks, the COVID-19 scare hasn’t really affected his stays – just more hospital workers in masks, really.

He’s got a long way to go until that self-imposed April 22 deadline, but Spencer said he and his family could still use prayers and support. The Rebels basketball program has set up a GoFundMe account to help the Spencer family pay for his medical expenses, to which people can donate by following this link. At time of publication, the fundraiser has raised over $8,000; however, all donations could still go a long way to help the family, especially in these times of uncertainty.