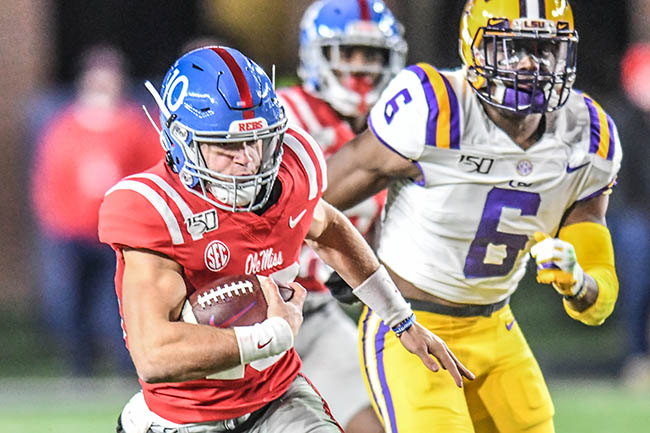 The college football season may be in a bit of jeopardy on the field due to the coronavirus pandemic, but Las Vegas is still moving forward as if it’s full-steam ahead starting in August.

Caesar’s Entertainment released its full slate of FBS win totals for the 2020 season earlier this week, their gambling prediction for each team’s over/under win totals.

Ole Miss is pegged at an over/under of 5.5 wins by Caesar’s with the over 5.5 drawing -120 odds, meaning that in theory, it should be slightly more likely by their predictions for the Rebels to reach six wins than to fall short and reach just five.

All of this comes with a grain of salt. There’s certainly a chance that the COVID-19 outbreak leads the NCAA and sister institutions to shorten or cancel the 2020 season. Caesar’s is maintaining the right to void all bets if the season is not the standard amount of predetermined games.