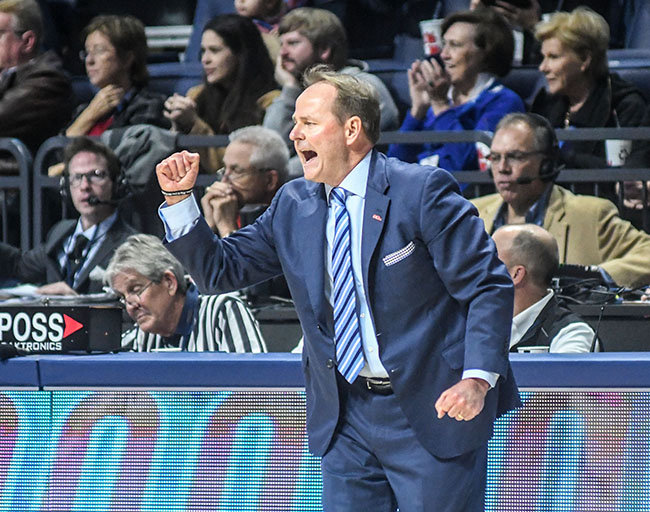 Ole Miss Basketball landed one of the top transfer guards in the nation on Sunday, getting guard Dimencio Vaughn to fill the role left behind by Breein Tyree.

However, the Rebels are not done. They’re still linked to many other available transfers from around the question, and head coach Kermit Davis Jr. said he expects to land one more this spring.

Davis confirmed on Monday night, in an interview with the Ole Miss Spirit, that the Rebels will likely land one more transfer this spring, emphasizing that they’re going after both guards and bigs. This statement confirms the news that’s floated throughout Twitter over the past handful of days, linking the Rebels as a team that has reached out to a number of players who have recently announced their intent to transfer.

They’re targeting graduate transfers, underclassmen and upperclassmen, casting a wide net to try and fill out the 2020-21 Rebel roster.

Purdue transfer Matt Haarms gave ESPN a list of more than 25 schools to reach out. pic.twitter.com/FbCXnJz8eH

Haarms in particular, a 7-foot-3 big body from the Big10 who has received interest from over 25 schools, according to ESPN’s Jeff Borzello, would fit in perfectly for a Rebel team that has been incredibly guard-dominated the past few seasons. Additionally, Lowder was just a freshman this past season when he averaged over 14 points.

However, these are far from the only big names with Ole Miss on the radar. Four-star high school guard Tyrin Lawrence, the nation’s No. 115 ranked player out of Sunrise Christian Academy, the same prep school that Ole Miss’s Austin Crowley attended, will be making his college decision on Thursday. Lawrence is choosing between Ole Miss, California and Vanderbilt.

Other notable transfers with which the Rebels have been (or likely soon will be) in contact, include Alex O’Connell, a Duke transfer who visited Ole Miss in the Andy Kennedy Era, Ohio State transfer DJ Carlton and Jalen Tate of Northern Kentucky.

The interesting part in all of this is that the Rebels are actually out of available scholarships. If the team is to sign an additional player this spring, which Davis apparently intends to do, they would have to dismiss a player from the current scholarship roster.