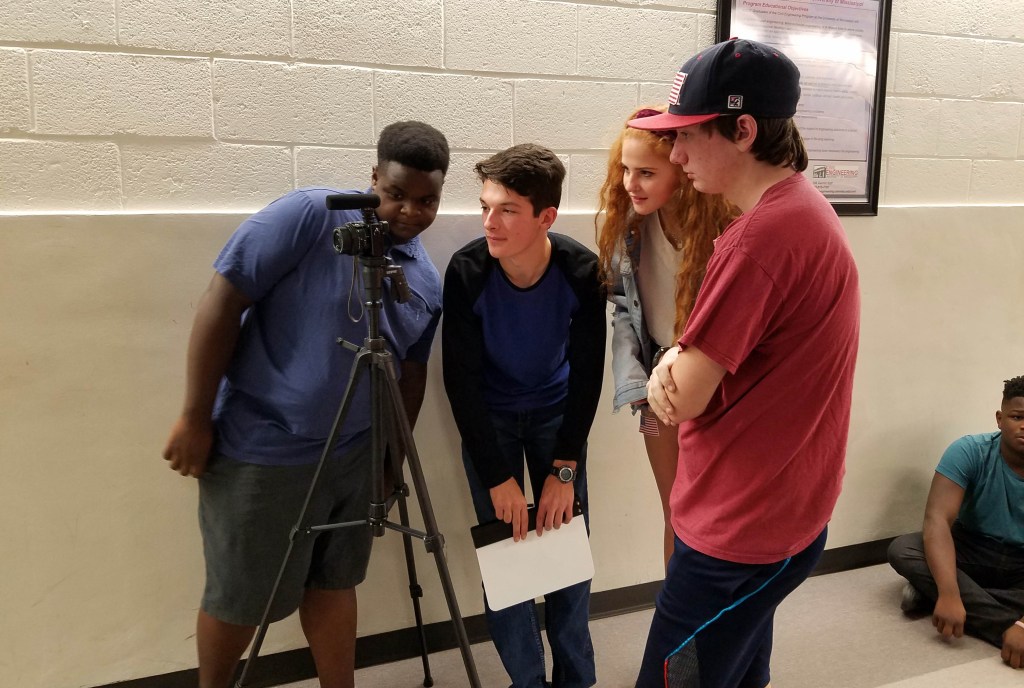 Collin Surbeck, center, look through the camera during the shooting of his short film “We the People.” The film was selected to compete in this year’s Tupelo Film Festival. (Oxford School District)

An Oxford High School student will be competing against other Mississippi high schoolers at this year’s Tupelo Film Festival.

Collin Surbeck’s film, “We the People,” was selected for the film festival and will be part of the Mississippi High School Film competition. The category was added to Tupelo’s festival in 2014 to encourage students to take part in the art of filmmaking.

Surbeck’s latest project is his third short film, and shows the division caused by the symbolism of the confederate flag and the unity that the American flag can bring.

“It is a story demonstrating how we live in a very diverse country, so naturally opinions are diverse as well,” Surbeck said. “However, people must remember what they have in common.”

This year’s edition of the Tupelo Film Festival was scheduled for April 15 through 18, but had to be postponed due to the COVID-19 pandemic. A new date has not been scheduled.

Surbeck plans to study film in college with a double major in finance. Last year, he volunteered to work as a digital imaging technician with the Oxford Film Society to help himself gain more experience in the film industry.