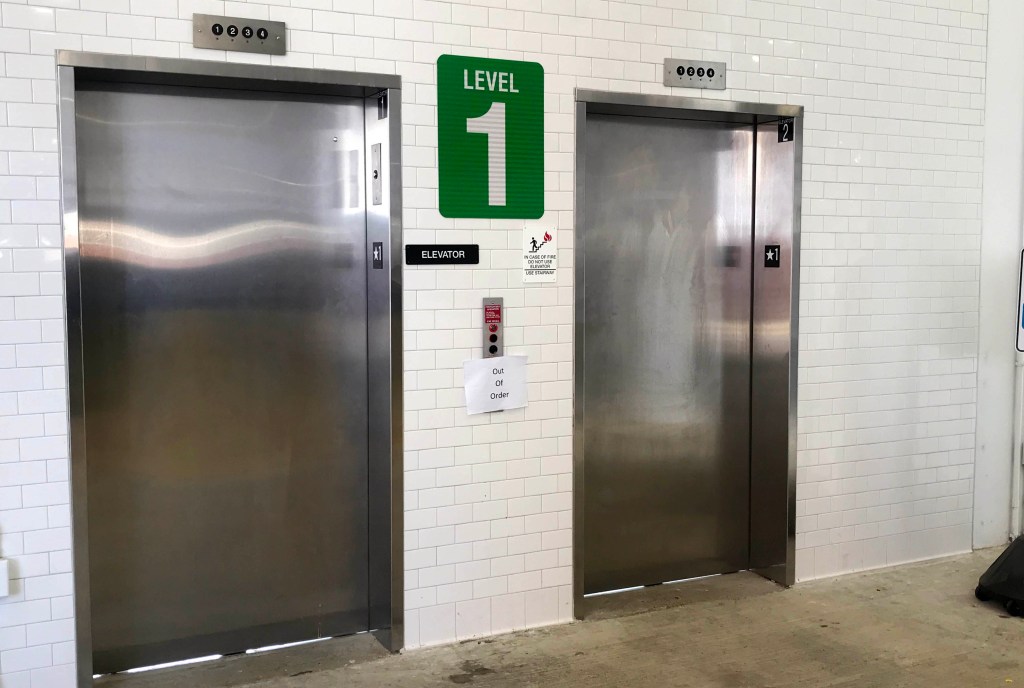 The City of Oxford approved to repair an elevator in the downtown parking garage after it malfunctioned due to water getting inside from a pressure washing incident. (Jake Thompson/Oxford Eagle)

The downtown parking garage elevators are currently out of order due to a pressure washing incident.

During the Board of Aldermen’s regular meeting on Tuesday, a request for a sole source purchase to repair the elevators. The damage was caused by a pressure incident, according to a letter provided to the Board by the City of Oxford superintendent Greg Pinion.

While the City was pressure washing the elevators on each floor, a small amount of water got into the main control panel on the second floor landing. This caused the malfunction.

In Pinion’s letter, he stated he had spoken with the elevator company Thyssenkrupp who is the only one that can do the repairs. The repairs will cost $10,000.

The repairs will be paid for out of a repair fund that is part of the parking garage budget.

“We have money set aside in our parking budget for yearly elevator maintenance,” Robinson said “We’re setting it aside yearly and we propose to continue to set that aside for every year.”

The request for a sole source is due to Thyssenkrupp being the ones who installed the elevator during the parking garage’s construction, making them the sole source for a repair.

While speaking with Thyssenkrupp, Pinion said they will do some things to make the control panel water proof during the repair of the elevators.