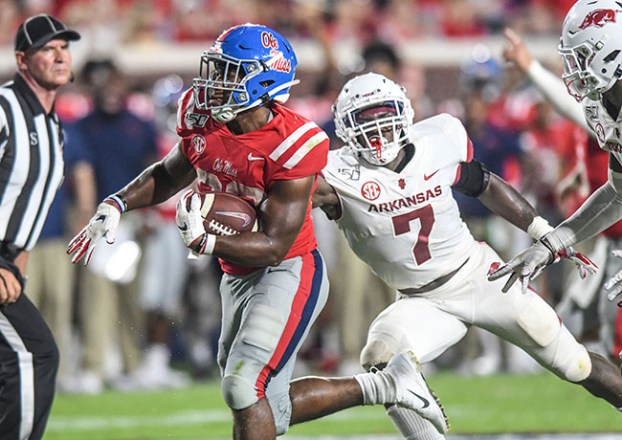 How would a very theoretical 10-round NFL Draft impact Ole Miss?

Due to the lack of games, and thus cashflow, from the 2020 season stemming from the Coronavirus pandemic, Major League Baseball is shortening its draft to as little as five rounds. Will the National Football League extend its draft? And if so, what would the Ole Miss implications of that decision look like?

Where the COVID-19 outbreak has affected the MLB season, it’s affecting how NFL teams are preparing for their draft. Teams are not able to bring players in for interviews or team testing, limiting them essentially to tape evaluation, plus whatever they took away from the NFL Combine earlier this year. Due to this, Pittsburgh Steelers General Manager Kevin Colbert proposed earlier this week the possibility of extending the draft from seven to 10 rounds.

The idea, which has since drawn support from a few other GMs around the league, would add 96 more selections to the draft, thus giving teams a higher chance of hitting on prospects since they will not be able to meet with them before the draft.

Under the proposal, 96 more college players who could be drafted compared to a standard draft. So how would that affect the Rebels looking to get drafted this year?

At this point, there seem to be three former Ole Miss players who are very likely to be secure in the normal seven-round draft. Josiah Coatney, Benito Jones and Scottie Phillips are projected between the third and the fifth round. Qaadir Sheppard, who was the fourth member invited to the combine, is right on the sixth to seventh round bubble.

Of the combine-invited Rebels, Sheppard would be the one most likely to benefit from this shift to 10 rounds – it would almost lock him in. Then there’s a group of other guys, players who were right off of the draft bubble, that might see themselves as possibilities to get drafted if it were to extend to 10 rounds.

Offensive lineman Alex Givens, who played in 46 games over his Ole Miss career, is projected as a seventh-round or undrafted selection. A guy like that could now likely see his name called, as could a few other Rebel seniors who were productive this past year, but may be a little off draft radars.

Players like Willie Hibbler, Myles Hartsfield and Jalen Julius, who may have been seen more as undrafted players who could receive a training camp invite during a normal offseason, may now appear on team draft boards if it’s extended to 10 rounds.

The new NFL collective bargaining agreement drew headlines for expansion of the regular season to 17 games and an extended playoff, but one of the smaller implications is the roster size increases. NFL roster sizes will now be 55 players, instead of the prior 53. Practice squad sizes have also been increased. So now that teams will be carrying more players, should the draft be extended? Time will tell. But if it does, the Rebel team will certainly be impacted moving forward.

Felicity Flesher has tried numerous times to make her way to the Jeopardy! stage and, for her, the third time... read more