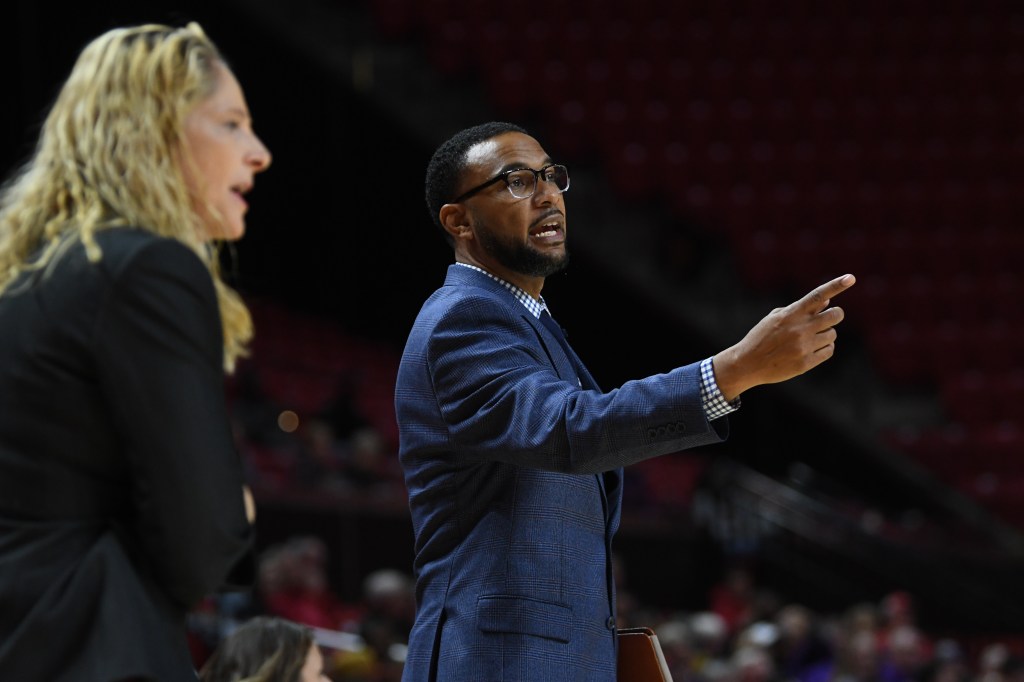 Yolett McPhee-McCuin has filled out her Ole Miss basketball staff, adding former University of Maryland assistant Shay Robinson to a similar position with the Rebels on Wednesday.

Robinson, who has been an assistant at Maryland for the past five seasons, helped lead the team to NCAA Tournament appearances in each of his seasons with the Terrapins, making the sweet sixteen twice.

“I am so excited that Coach Shay has made the commitment to join our staff here at Ole Miss,” McPhee-McCuin said. “He has experienced incredible success in the Big Ten during his time at Maryland and has been an integral part of their program in his six years there. Coach Shay has high character, and he has elite player development experience at a championship-caliber level. He is a master communicator and has a brilliant basketball mind. I look forward to him and his wife, Tonya, joining us here in Oxford. I believe he is a home-run hire for our program and a significant piece of our foundation.”

Maryland lost only 27 games, 12 in Big Ten play during the entire time Robinson was with the team, bringing with him a sense of winning to Oxford. This past season, the Terrapins lost in the second round of the tournament as a three seed.

Robinson answer to why he wanted to bounce from a program with so much proven success – one that hasn’t missed the NCAA Tournament since 2010 – for a Rebel team that’s won three conference games in McPhee-McCuin’s first two seasons, is simply belief in the Rebel head woman herself.

“Coach Yo is a high-energy, proven winner on every level, and the leader of a program with limitless potential,” Robinson said. “I am a strong believer in the power of true relationships. Coach Yo’s transformational culture of every student-athlete understanding they are designed for infinite accomplishment, engineered for success and endowed with the seeds of greatness helps cultivate growth, purpose and lifelong empowerment beyond basketball. I am excited and honored to have this opportunity to serve alongside her to help positively influence lives and elevate Ole Miss women’s basketball to national prominence.”

McPhee-McCuin has been confident from the start that year three would be her best season. The addition of Robinson from a national powerhouse in Maryland signifies change, but he’s not the only Crab Cake State tie coming to Oxford for the first time this fall.