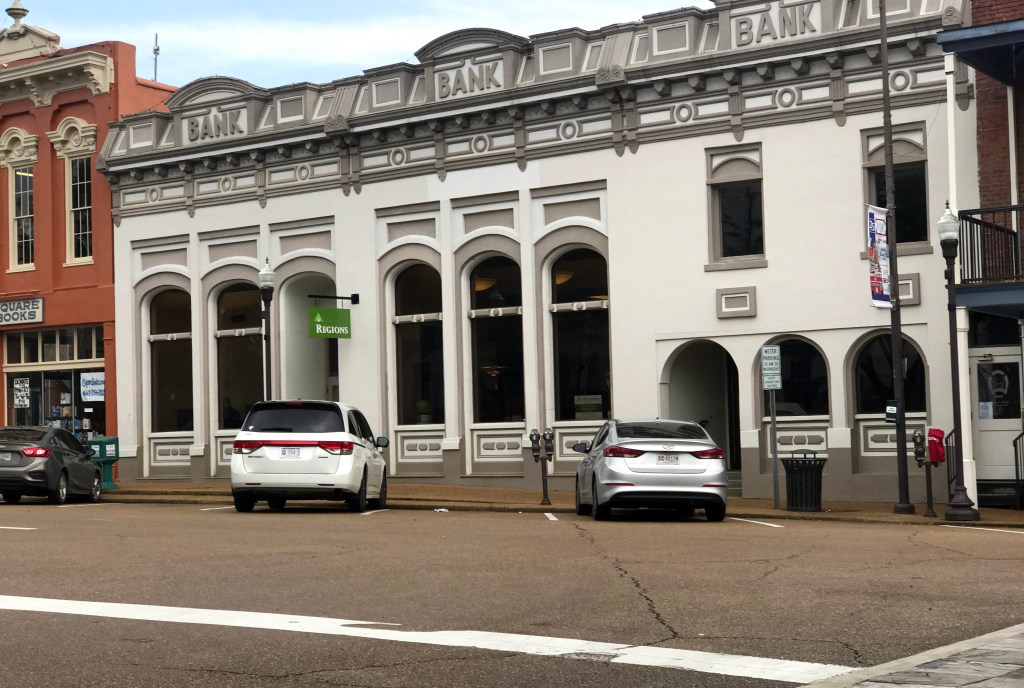 Regions announced it will close the Court House Square Branch in July with plans to merge with the Jackson Avenue Branch. (Jake Thompson/Oxford Eagle)

Despite Regions closing its Courthouse Square Branch this summer, the bank still intends to use the space for other services.

Last week, the bank announced in a letter to customers that it would be closing the Downtown Square location on July 10. The branch on the Square will merge with the Jackson Avenue Branch in its new location, set to open on July 13.

While those plans are still in motion, the bank clarified its stance and revealed its plans to retain ownership of the building on the Square to the EAGLE on Friday.

All branch-banking services will be closed at the Square location, and Regions will use the building to staff specialized bankers who will meet a variety of needs, according to a statement.

Mortgage and investment services will still be provided at the Square location, as well as serving clients with commercial-banking solutions.

The branch-banking services will move to the Jackson Avenue Branch, which will offer a modern, accessible facility, according to Chris Steiner, Oxford market executive for Regions.

“Regions Bank is committed to building our legacy of service in Oxford,” Steiner said. “We live here, we work here. And we are invested in the long-term success of our community.”

There were no finalized decisions pertaining to if the ATM will still remain part of the building’s services or not as of Friday, according to a spokesman for Regions.

Customers have until July 3 to get their personal belongings out of their safe deposit boxes at the Square branch. The branch will close at 2 p.m. on July 10.