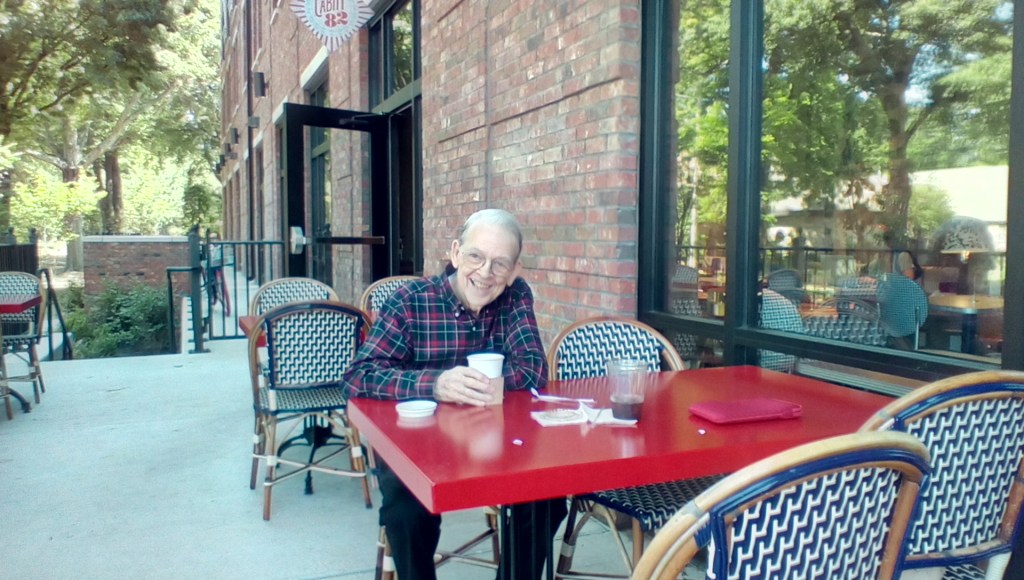 William Henry Tate, 93, beloved husband and father, passed away peacefully of natural causes at his home in Oxford on Saturday, April 11, 2020.

William Henry was born on September 10, 1926, in Oxford, son of Katie Bell East Tate and Henry Leroy Tate, Jr. Despite growing up during the Great Depression, William Henry had a wonderful childhood living on University Avenue with a loving extended family. During high school, William Henry was quarterback of the football team and was voted Mr. University High. At 18 years of age, he joined the Air Force during World War II and trained to be a tail gunner. Fortunately, victory was declared before he was deployed overseas.

After his military service, William Henry attended college at Ole Miss and joined the DKE fraternity. During his studies, he and several friends left Oxford to work for the FBI in Washington, D.C. There he met the love of his life who also was learning how to identify fingerprints for the Bureau. Pat and William Henry were married in Arlington, Va. Soon, William Henry took his bride back to Oxford where he introduced her to the charms of the South.

William Henry graduated from Ole Miss and later started his own insurance and finance business, which was located either on or near the Square for over 40 years. He was an active member of the Chamber of Commerce, served on the Baptist Hospital’s board of directors, and was a bank director for First National Bank for 37 years. He was a member of the First Baptist Church.

During his life he had several fights with cancer and heart disease but handled them all with strength and grace. William Henry was a true Southern gentleman to his core with an optimistic view of life. He was blessed with many friends. His family is grateful that he had a beautiful long life and wishes to especially thank Dr. Mitt Hobbs and Dr. Brent Hardin.

He is survived by his wife of 71 years, Patricia Clark Tate; two daughters, Melne (John) Martin of Parkland, Fla., and Michelle (Mike) Sakellariou, of Oxford and Santa Fe, N.M.; and many loving relatives.

Due to social distancing policies, no public visitation will be held. Burial will be at St. Peter’s cemetery in Oxford.

For additional information or to leave an online condolence, please call 234-7971 or visit www.wallerfuneralhome.com.