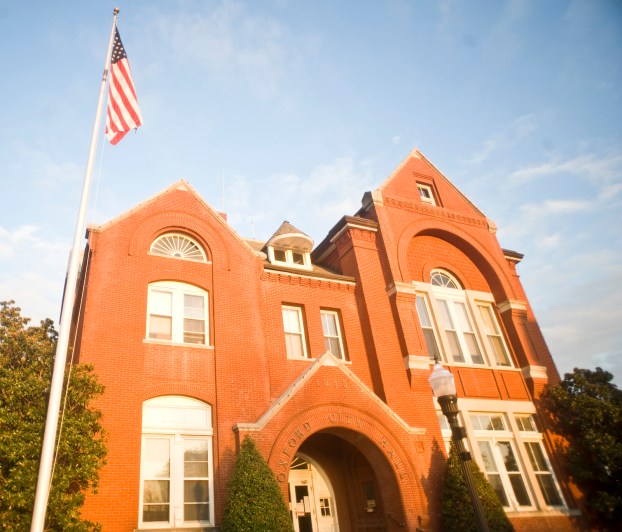 The Board of Aldermen approved to furlough 135 city employees and suspend curbside recycling as part of cost-cutting measures due to the COVID-19 pandemic.

The exact toll COVID-19 will take will not be known until the pandemic is over, but the City of Oxford shed some light on how devastating it might be on Thursday.

Following a two and-a-half-hour executive session, the Board of Aldermen and Mayor Robyn Tannehill approved furloughs of city employees and voted to suspend curbside recycling as part of cost-cutting measures, due to the anticipated loss of revenue over the next year.

Tannehill said they were already beginning to see “a dip” in their state sales tax numbers, estimating a loss of $2.2 million between now and September, as well as another $1 million in revenue loss due to parking permit fees, court fines and items related to mTrade Park.

With projected revenue being down around $3.2 million in the City’s general operation budget, and if trends hold while projecting the City’s budget for the 2021 fiscal year, there could be a decline of $6.7 million, which is more than 20 percent of the budget.

The Board voted to furlough 135 City of Oxford employees across several departments. The positions are not eliminated completely, and the City is anticipating bringing all of the employees back by early fall, Tannehill said. A specific time frame for the furloughs was not provided.

All employees will retain their City benefits while on furlough.

“We know that by furloughing them now and implementing these cost-cutting measures, we have the best opportunity to hire them all back full-time in the fall,” Tannehill said.

The City also implemented a hiring freeze and stopped all travel by city employees and any city projects that had not already been started, including ordering any new equipment as part of the cost-cutting measures.

One service that was a victim of COVID-19 was curbside recycling pickup. The program has been implemented in Oxford for over 20 years, but due to high cost and low demand, it will be suspended indefinitely, effective May 1.

Recycling will still be available through the City, with two drop-off locations on Highway 7 near the fire department and next to the Oxford Police Department on Molly Barr Road.

The Board also decided to not allocate funds for the city pool, which is operated by Oxford Park Commission.

City leaders determined that, due to the cost of maintenance and getting the pool ready for the summer, combined with all the expenses incurred throughout the summer season, a recommendation to OPC to keep the pool closed this summer was needed.

“We hate to invest the money in that when we don’t know when groups will be able to gather again,” Tannehill said. “So, we would have the potential of going to the expense of getting the pool ready and not being able to utilize it.”