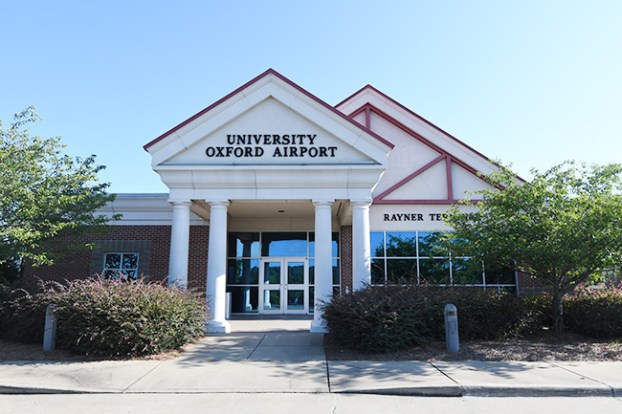 The University-Oxford Airport was awarded a portion of the $35 million given to 73 Mississippi airports from the CARES act. (Bruce Newman/Oxford Eagle)

With COVID-19 putting pause on the entire country, travel has become one of the hardest-hit industries.

Due to that, the Federal Aviation Administration (FAA) awarded $10 billion in aid to airports across the United States. The historic grant is part of President Donald Trump’s administration’s Coronavirus Aid, Relief and Economic Security (CARES) Act Airport Grant Program.

Mississippi was awarded more than $34.8 million for 73 airports across the state. University-Oxford Airport’s portion of the funds was $69,000.

“This $10 billion in emergency resources will help fund the continued operations of our nation’s airports during this crisis and save workers’ jobs,” U.S. Transportation Secretary Elaine L. Chao said in a statement.

The funding will support continuing operations and replace lost revenue resulting from the sharp decline in passenger traffic and other airport business due to the COVID-19 public health emergency. The funds are available for airport capital expenditures, airport operating expenses including payroll and utilities, and airport debt payments.

“Thank you to the dedicated men and women from the FAA’s Office of Airports for creating an entirely new program in record time to assist airport sponsors in desperate need of these funds,” said FAA Administrator Steve Dickson.

The Jackson-Medgar Evers International Airport in Jackson received over $8.5 million.

University of Mississippi sophomore Londyn Lorenz made history last week as the first UM student to appear on Jeopardy!, and... read more