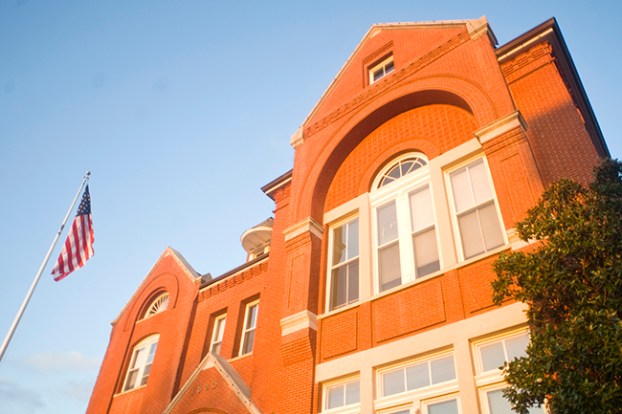 Oxford was one of the first cities in Mississippi to take cost-cutting measures due to projected revenue losses caused by the COVID-19 pandemic.

The Board of Aldermen moved to furlough 135 full-time city employees, effective April 23, and suspend several services during a special meeting last Thursday. Mayor Robyn Tannehill furthered explained the Board’s decision and provided more information pertaining to the furloughs in a video released on Sunday.

Tannehill said they were already beginning to see “a dip” in their state sales tax numbers, estimating a loss of $2.2 million between now and September, as well as another $1 million in revenue loss due to parking permit fees, court fines and items related to mTrade Park.

With projected revenue being down around $3.2 million in the City’s general operation budget, and if trends hold while projecting the City’s budget for the 2021 fiscal year, there could be a decline of $6.7 million, which is more than 20 percent of the budget.

Roughly 34 percent of the city’s full-time work force was furloughed. The Board also made the decision to not hire 150 seasonal workers usually hired during this the same time. Many of the seasonal workers cut grass around the city, which will not be happening this summer.

“You will see a difference this summer in the services that we’re able to provide,” Tannehill said.

Tannehill stated in the video, posted to her official Facebook page, that the decision to furlough employees now instead of potentially later this year was due to the amount of money they could receive now on unemployment as opposed to what may be available in the coming months.

The CARES Act is providing an additional $600 a week to those receiving unemployment currently until July 31. By being furloughed now, each city employee will make $835 a week. If the Board opted to furlough them in September, they would only make $235 per week, Tannehill said.

“We knew that to meet our revenue shortfalls, a furlough of a large number of employees for 10 to 14 weeks was imminent,” Tannehill said. “It didn’t have to happen immediately but it would by fall. With that in mind, we started analyzing how this could be done with our employees’ best interest at heart.”

When deciding which employees would be furloughed, Tannehill asked all department heads to determine the minimum amount of people with which they could operate their respective departments. Employees who are performing critical services “at this moment” were not furloughed, according to Tannehill. Employees who were critical in other seasons of the year or serve a role that is not currently needed due to closures were furloughed.

Some city departments are almost completely shut down due to the pandemic. Oxford Park Commission saw 90 percent of its department furloughed due to all OPC activities and facilities being closed. The Board voted to not fund the city pool this summer and recommended it stay closed this year.

Environmental Services furloughed seven percent of its staff, due to the fact that sanitation and road maintenance has not slowed down. The furloughs in that department were due to employee health concerns during the pandemic.

Tannehill said she took a salary reduction as well.

“Everyone is making sacrifices to keep the cost to our taxpayers down,” Tannehill said.

Curbside recycling was one service that was suspended, effective May 1. For the past two decades, Oxford has provided the recycling service, which was costing the city approximately $500,000 over the past year.

“During this financial crisis, this is simply a cost we cannot justify,” Tannehill said. “This service is important to our citizens and very important to us. Hopefully, we will be patient and in time we can return to curbside recycling.”

Residents will still be able to take their recycling to two drop-off locations in the city. One location is on Highway 7 South near the fire department, and the other is located on Molly Barr Road next to the Oxford Police Department.

University of Mississippi to hold virtual celebration for 2020 graduates

The University of Mississippi’s 2020 Commencement ceremony is still postponed due to COVID-19, but the school has announced plans to... read more