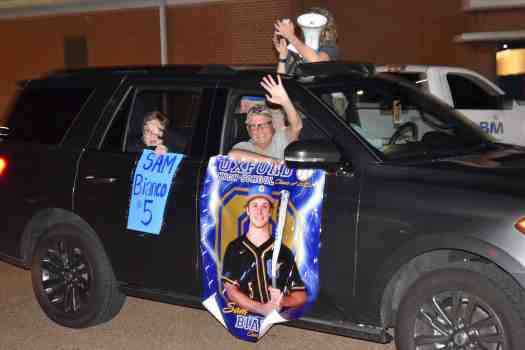 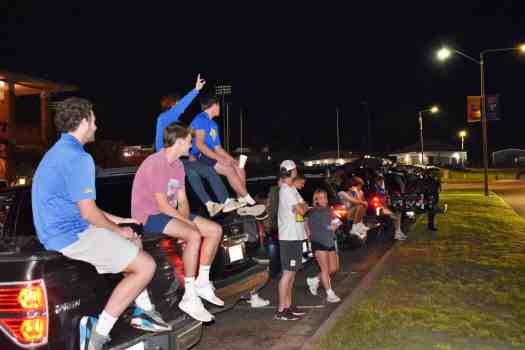 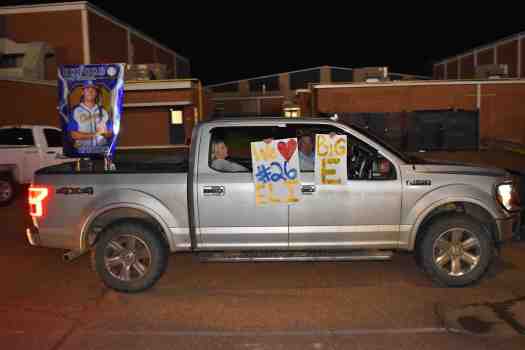 More than 30 cars turned out on Monday evening at Oxford Middle School for a virtual honors ceremony to recognize seniors on the Oxford High School baseball team.

Starting at 8:20 p.m. (or 20:20 in military time), Oxford flipped the lights on at Edwin Moak Field for 20 minutes and 20 seconds. Cars circled the middle school, honoring the Chargers senior class and paying respects to a season that never came close to completion.

“We just wanted a way to honor our guys. Obviously, it’s not traditional by any sense of the imagination, but we don’t get to do our normal end of the season stuff,” said Oxford head coach Chris Baughman. “The response by the community was unbelievable. It was awesome. I just really appreciate it, and I know our kids appreciate it as well.”

Baughman said he simply stole the idea from Twitter and social media. With COVID-19 leading to shelter-in-place laws and other precautions to limit public gatherings, people haven’t been able to have birthday parties or weddings or other celebratory events.

For the OHS baseball team, they didn’t get their season or any standard sendoff events for their senior – and the Chargers senior class is a big one. Eleven seniors will graduate off the baseball team at Oxford. For all but two, the end of their baseball careers was cut abruptly short without them even knowing at the time that they were playing in the final competitive baseball game of their lives.

How will this team be remembered?

“It’s the COVID-19 team,” Baughman said, laughing. “A couple of us were talking a little bit ago, and it’s sort of surreal to all of us. Any day now, you think this is going to be over and you’ll get back to your everyday lives. But I’m just so impressed with how these kids have handled this, how they’ve responded and been resilient. They’ve been positive and accepting, handling this in a way that we continuously preach in our program.”

In these strange times, everyone trying to find their own ways to honor seniors. Lafayette baseball and softball have painted the numbers for their senior class on their respective fields. Ole Miss recently shifted their Rebels’ Choice Awards, typically a semi-formal banquet, to an all-virtual event. Abnormal times call for abnormal adjustments, but honoring a senior class that was stripped of their final seasons is always the center focus.