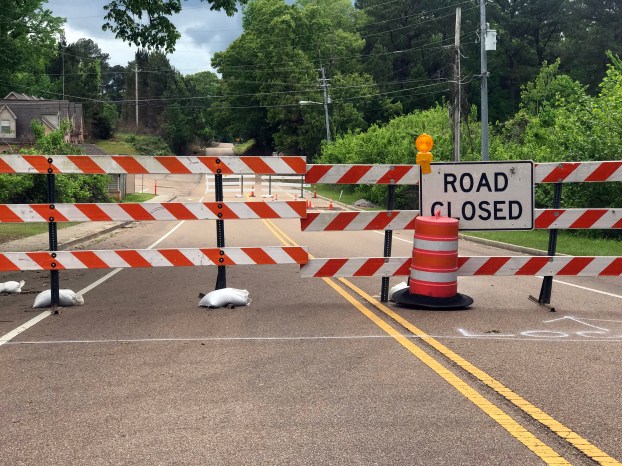 A portion of Anderson Road is closed due to an issue with an underground pipe. The stretch of road between Creekside Place and Sage Meadows will remian closed until the repair is completed. (Jake Thompson/Oxford Eagle)

A portion of Anderson Road is closed for repairs, due to a pipe and roadway failure.

The City of Oxford announced on Wednesday that the stretch of Anderson Road between Sage Meadows and Creekside Place will remain closed until a pipe culvert crossing underneath the roadway can be replaced.

During a recessed meeting on Thursday, the Board of Aldermen approved to make an emergency purchase necessary to make the needed repairs. On April 22, substantial settlement of the roadway from the pavement edge to the center line was discovered during an inspection of the roadway.

Traffic from Sage Meadows and further south will need to use Tommie Collie Jane Road to Highway 6 as a detour route. Traffic from Creekside Place and to the north will use West Oxford Loop as a detour.

The repair of the pipe and roadway is currently being advertised with a scheduled bid opening of May 13. An emergency was declared by the City as a result of the sudden closure of Anderson Road and the impact that this closure has on the community, the usefulness of the road, the ability to provide City services and the necessity to complete all repairs in a timely manner without further delay, necessitated by waiting to open bids on May 13.

The approximate cost for the project is $75,000, and it will be paid for out of the street department maintenance budget. The repair was considered when revisions were submitted to the City’s budget as a result of COVID-19.