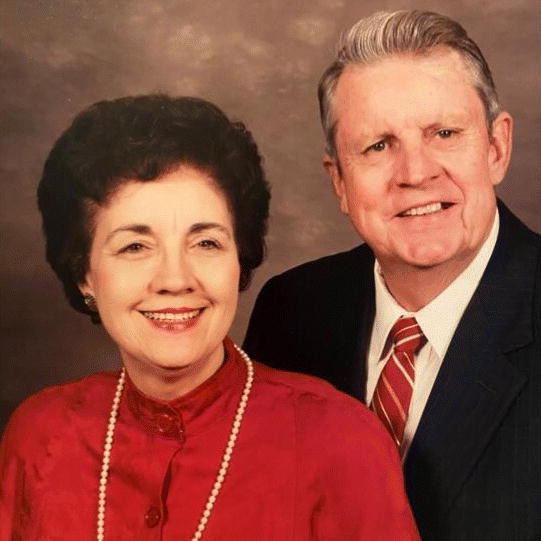 Christine Coleman Dale, 90, passed into the Kingdom of Heaven on April 20, 2020, from her home in Brandon, Miss. Christine, known as Teenie, is preceded in death by her husband, Roland H. Dale; her parents, Lucille and Archer Coleman; her brother Archer Coleman, Jr.; her sister-in-law and her husband, Kathryn and Billy Parker; and her grandson, Coleman Parker Wilson.

Teenie was born on December 9, 1929, in Memphis, Tenn., to Archer Augustus Coleman and Lucille Conger Coleman. Teenie grew up in Indianola, Miss. She attended Brenau College in Georgia for one year and then graduated from the University of Mississippi where she was a member of the Delta Delta Delta Sorority.

She married Roland Hall Dale, Jr. on August of 1951. They were married for over 60 years and had two children, Christy Dale Wilson (John) and Frank Coleman Dale (Terri). Most of their lives the Dale family lived in Oxford and Hattiesburg where Roland was a member of the athletic staff at Ole Miss and USM. During those years, Teenie earned her Master’s Degree from Ole Miss and received her Registered Dietician Certification from USM. She enjoyed working many years as a Registered Dietician.

Teenie and Roland retired to the Brandon, Miss., where they became active members of First Baptist Church in Jackson, Miss. Teenie was an active member of several bridge clubs and often won the day. She faithfully served on many First Baptist Church committees as well as ministries during her 25 years as a member. Two of her favorites were the flower ministry and the homebound ministry. As a member of the Sanctuary and Reflection Choirs, she sang in Carols by Candlelight for over 20 years. She enjoyed a very active social life highlighted by entertaining her friends. Known for her endless energy, she will be dearly missed by her family and friends.

Due to COVID-19, we are restricted to a very small graveside service which was held on Friday, April 24, 2020, at 11 a.m. in Magee. A memorial service will be scheduled at a later date. The family requests in lieu of flowers, a donation in her memory be made to the University of Southern Mississippi Roland Dale Athletic Scholarship Foundation, P.O. Box 15458, Hattiesburg, MS 39404 or a charity of your choice.

Mary Lewis Poole passed away on Wednesday, April 22, 2020. A memorial service will be held at a later date.... read more